Khabib Turned Down $15 Million For Mcgregor Rematch; Instead Wants To Fight Tony Ferguson 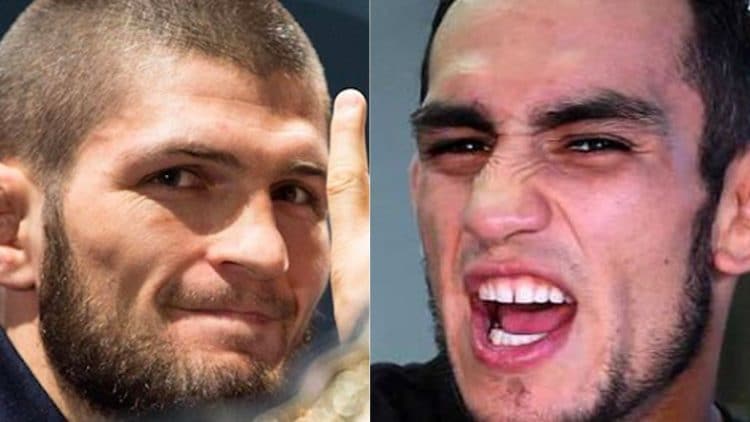 Khabib Nurmagomedov who scored the biggest win of his career after defeating Conor Mcgregor via fourth-round submission at UFC 229, immediately after ‘Eagle’ jumped over cage fence to attack Mcgregor’s teammate Dillon Danis that further ensued riots.

It remains to be seen, how hard the Commission will come down to Khabib and Mcgregor for causing UFC 229 post-fight melee, but it seems money isn’t an issue for Khabib at this point.

According to Khabib’s uncle, Alex Nurmagomeodv who told Russian Sport-Express (Via MMAJukie) that his nephew has turned the big payday of his career for Mcgregor rematch as he wants to fight former interim UFC lightweight champion, Tony Ferguson.

“From the start, they offered him 15 million if he agrees, But Khabib said no. Let Conor stand in line, let him fight with others. Khabib wants to fight Ferguson, and then finish his career.”

UFC president Dana White expressed his disgust on post-fight melee and said those fighters who took part in brawl would no longer be part of UFC roster, on that Khabib threatens to leave UFC. That drew some offers from Bellator and boxing organizations, but it seems Khabib is staying put.

Mcgregor vs. Khabib showdown was the biggest in the history of UFC and shatter all the previous UFC PPV record sales of 1.6 million for McGregor’s rematch with Nate Diaz at UFC 202 in 2016 and made 2.4 million Pay-Per-Views buys. Despite the results where Khabib won dominantly, the effectiveness of the rematch doesn’t seem to be a warrant, but a rematch could be more lucrative for everyone involved.

Before any of this happen, Mcgregor and Khabib have to sit down with the Commission to solve the issues.

But the key factor of all is that Khabib wants to fight Tony Ferguson and then retire from UFC.

“For $2 million (from Bellator), Khabib will not fight. Now he is ready to go into battle for no less than $5 million. In Bellator we were told to name our amount and they are ready to sign a contract. If Khabib leaves UFC, another eight people can leave with him. I can not list them all, but they are powerful, good fighters. I will not yet call their names. The UFC asked Khabib not to hurry, because they have not yet made a final decision.”

Tony Ferguson who’s on 11 straight win streak and most recently coming off a win over former champion Anthony Pettis in the co-main event of UFC 229 earlier this month.

What do you think of this statement that Khabib Nurmagomedov wants to fight Ferguson next and then retire? Or should he pursue a bigger payday by rematching Mcgregor?