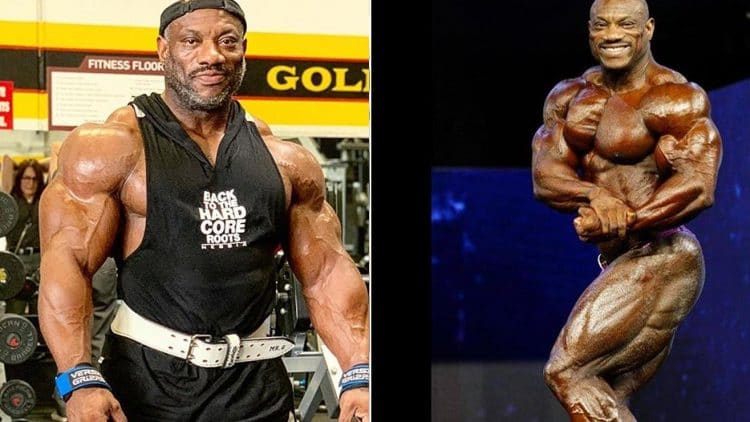 Dexter Jackson Is An Absolute Savage In The Gym

The winner of 2008 Mr. Olympia Dexter Jackson, who’s famous for impressive conditioning which he took to stage every year. He dominated the sports of bodybuilding for over three decades and still going. He has won nine Arnold Classic titles, and many bodybuilding shows that prove him to be one of the best.

Jackson, 49, is one of the hardest working if not the hardest working bodybuilder of all time. He’s a real example of bodybuilding sport and continues to impress everyone with each competition that he appears in year after year. If you wonder how Dexter keeps his physique all shredded and Olympia ready as he’s an unstoppable beast who never stop working out even if it’s offseason.

Moreover, at this age, Dexter Jackson is still killing the weights in the gym, and he is still competing in the top 5 of Mr. Olympia excluding 2018 Mr. Olympia where he places at 7th. Being said that, you’ll realize that no one quite works as hard as ‘The Blade.’

Jackson recently posted a video on his Instagram where he’s working his upper body and says how to stay in shape after the Olympia is over.