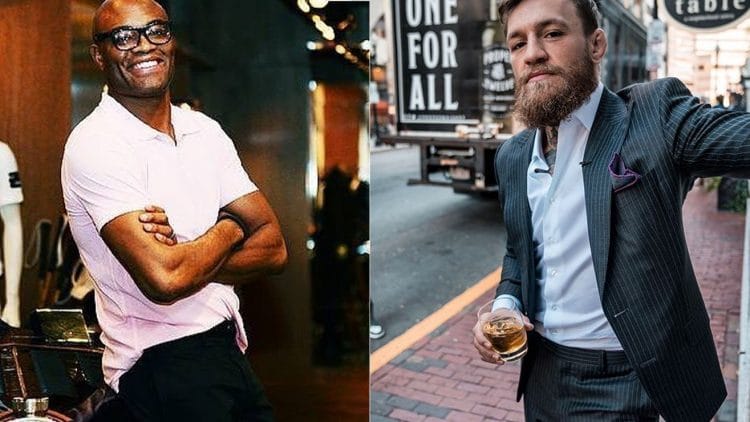 Earlier this month before his defeat to undefeated Khabib Nurmagomedov in the main headliner of UFC 229, Conor McGregor named former 185-pound champion Anderson Silva as potential opponents he’d want to fight in future during an interview with ESPN’s Ariel Helwani.

“You know what would be another great one? Anderson Silva.” Conor McGregor told ESPN when asked about potential future opponents.“I would be interested in an Anderson Silva bout. I swear to God. Anderson is a legend in the game. What’s the difference between him and Georges? Same damn thing. I’m going to do fights that interest me or have meaning.”

Despite Mcgregor went on to lost the bout to Nurmagomedov via submission in the fourth round, his name is still hottest in the town. Whether it’s just for competition or an unparalleled payday, many fighters from different weight classes want a piece of Irishman.

Silva who considered the greatest pound-for-pound fighters of all time who held the 185-pound title for seven years from years 2006 to 2013, accepted Mcgregor’s challenge earlier this month said he sees a lot of promise in a fight with UFC superstar Mcgregor. Silva in a recent interview with TMZ said that UFC president Dana White needs to make this super fight happen.

“I just waiting,” Silva told TMZ. “I accept the challenge for Conor.

“I think Dana needs to think about this. It’s two big guys in this sport, two big names. Two big legends, and, why not?”

At this point, there could be some hurdles for this fight to happen; one potential roadblock is weight. McGregor has already fought at welterweight (170 pounds) twice against Nate Diaz, so Irishman would probably be open to packing on some mass, while ‘The Spider’ has spent most of his career competing at the 185-pound division. Silva is already suggesting that he wants to fight Mcgregor at a catchweight of 180-pounds and hyped the potential showdown as a ‘superfight.’

If you consider Silva’s age, many fighters in his position lobbies for the biggest payday of their career. But “The Spider’ 43, who made millions throughout his UFC career, is more interested in fighting Mcgregor in the name of competition.

“Let me tell you something very important: It’s not about money, Conor,” Silva said. “It’s about martial arts challenge.”

Silva’s one-year suspension for failing a drug test will end in November. He last fought back in February of 2017 when Silva defeated Derek Brunson at UFC 208.

Since Dana White wants Khabib vs. Ferguson next, the talk of Mcgregor rematch is off the table now. Silva could be an option for UFC for Irishman’s next bout.

Do you want to see a showdown between Conor Mcgregor and Anderson Silva next?

What Does Legion Pulse Pre-Workout Have to Offer For You?