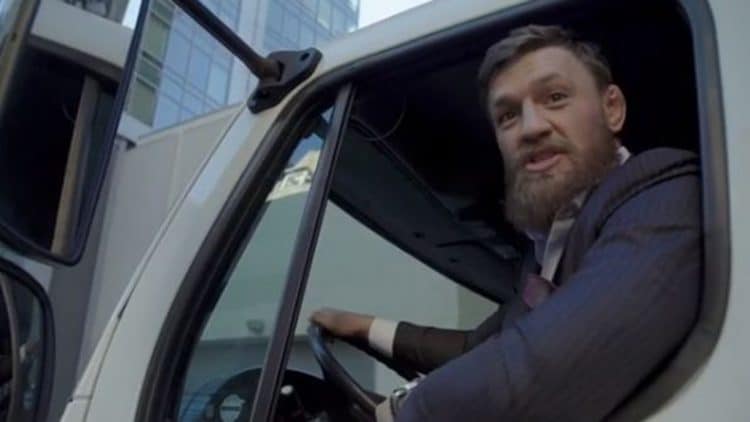 Conor McGregor Has Travelled A Long Way From A Plumber To The Richest UFC Fighter In The History Of This Sport!

Conor McGregor is the UFC golden goose, cash cow, and the biggest superstar. But Conor hasn’t always been a rich man. He struggled a lot until he reached the GOAT status he has today!

Conor McGregor was a soccer player in the young age. When he was 12 years old, he started boxing. “The Notorious” was even working as a plumber! He had his first amateur fight in 2007 and won via TKO. McGregor signed a professional contract in 2008 and started training with John Kavanagh at Straight Blast Gym.

“The Notorious” joined the UFC as a former Cage of Warriors Featherweight and Lightweight champion. In his first fight, the talented Irishman sent Marcus Brimage to sleep via KO in the first round. He has won the Interim Featherweight belt versus Chad Mendes at UFC 189.

But his real moments of glory started when he knocked Jose Aldo at UFC 194 out after only 13 seconds and won the UFC Featherweight belt. His two fights against Nate Diaz at UFC 196 and UFC 202 are ranked second and third for the greatest number of PPV (pay-per-view) buys. Conor even fought an undefeated boxer, Floyd Mayweather Jr, in a boxing match in 2017! His UFC 229 spectacle versus Khabib Nurmagomedov set an ultimate record! More than 2 million PPV buys were sold!

McGregor has also made an empire in the world of business. Mystic Mac holds a line of custom-made suits. His incomes are only increasing as the days go by. Sponsors are signing him on a regular basis.

But the intelligent Irishman has recently launched his own brand of “Proper No.12” whiskey. He made a spectacular promotion by carrying it on the UFC 229 press-conference. Also, a part of his UFC contract includes whiskey sponsorship! Wherever he appears, Conor carries his new best friend – a bottle of “Proper No.12”. The famous whiskey has already set many records. The first delivery truck of Conor’s whiskey was loaded last week!

You can take a look at a very emotional heartbreaking video below.

“Last week was a proper proud moment for me loading up the very first @properwhiskey delivery truck.

I have gone from building sites to boxing rings. From welfare Q’s to UFC cages. I’ve been through it all and I keep on trucking!

It doesn’t matter whether you are a plumber, a fighter, a first responder, a teacher, a bartender, or an entrepreneur…if you put in the work and live life with passion, belief and love for others, it is all you need.

Sláinte to all of you! #OneForAll”

If there is one man in UFC who built his reputation as an ultimate trash-talker, it is Conor McGregor. But unlike other fighters, he was targeting rivals’ weak spots. Conor is the first man who was publicly calling fighters for things from their private lives. “The Notorious” will always be remembered for very thorough research of his rivals! His press-conferences are still music to many ears!

It is hard to believe some more popular fighter will appear in the future. And when it comes to wealth, it’s crazy to compare! But Conor worked hard to become a legend.