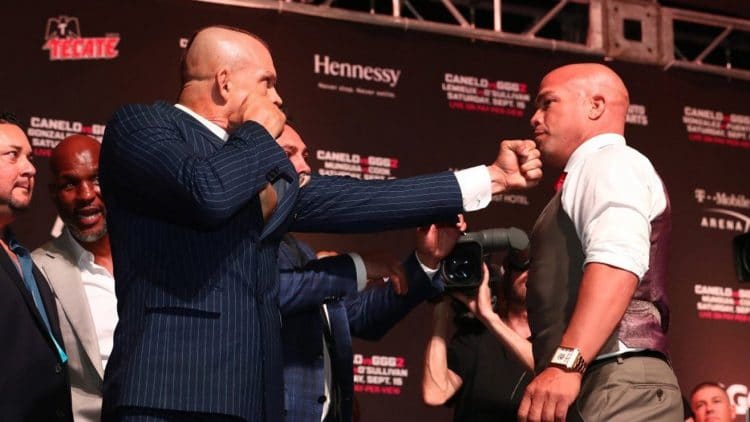 Former UFC Hall Of Famer Chuck Liddell and Tito Ortiz will throw down for the third time to rekindle their rivalry on (Sat, November 24th) from inside the Forum in Inglewood, California under the banner of Oscar De La Hoya’s Golden Boy promotion which makes its debut in MMA.

The 48-year-old Liddell last competed in June of 2010, when he suffered a knocked out loss at the hands of Rich Franklin. After this loss ‘The Iceman’ announced his retirement. Meanwhile, 43-year-old Tito Ortiz, last fought in January of 2017 under Bellator banner, when he earned a first-round submission win former UFC title challenger over Chael Sonnen in a bout that he claimed to be his last.

Former UFC light heavyweight champions ‘The Iceman’ and ‘The Huntington Beach Bad Boy’ have fought twice before. Liddell won both fights by stoppage.