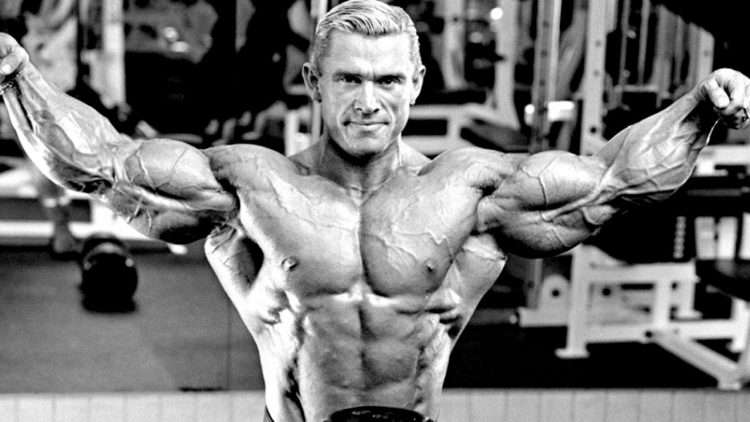 His genetics were mind-blowing to be this huge at only 17!

Lee Priest is one of the most iconic figures in professional bodybuilding history. He had genetics that was only reserved for physique gods, and the most amazing thing is his muscles were so developed at 17, it’s almost unbelievable.

“17 years old in Arizona at AAU Mr. Universe I placed 2nd in lightweight which is under 72kg I first met @milossarcev at this show he was competing also.”

Check out his insane physique!

For such a young bodybuilder to have so much detail, mass and striated muscles; it’s almost something from another dimension. Lee Priest was known for amazing arms, abs and in fact, overall amazing physique. Unfortunately back when he competed there was no 212 division so it was easy to see why at his height of 5’4, he never prevailed over the taller and bigger guys.

However, that doesn’t mean he looked any less impressive.

He then went on to win some big competitions including the 1989 WPF Mr. Australia and the 1989 IFBB Australia Championships. But Lee Priest unfortunately never made it to the top in the sport of bodybuilding despite his genetic gifts. Many people believed he should have placed higher than 6th (1997, 2000 and 2002) place at the Mr. Olympia competition for at least one of those contests.

In later years Priest won a few more big competitions, including the 2005 IFBB Australia Grand Prix, 2006 IFBB Ironman Pro and the 2013 IFBB NABBA Mr. Universe. This was pretty much where his career ended but no doubt he accomplished more than most bodybuilders could dream of (6th place in the world is nothing to be ashamed about).

Australia's Lee Priest was the latest bodybuilder to be accepted into the Hall of Fame at the iconic outside weight...