The Sudden Demise Of Ms. Olympia Competition In Women’s Bodybuilding

The era of overly muscular female bodybuilders is over! 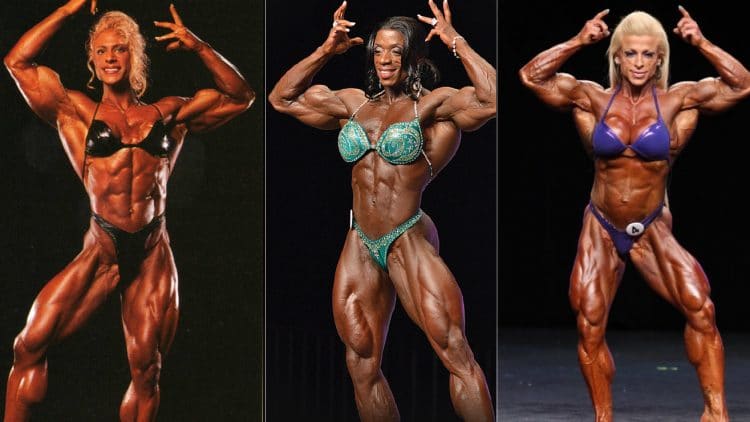 These women really took the female physique to new levels and would be impressive even by today’s standards. But the problem is… the standards of muscular development were lowered in 2015 and there was no more Ms. Olympia. 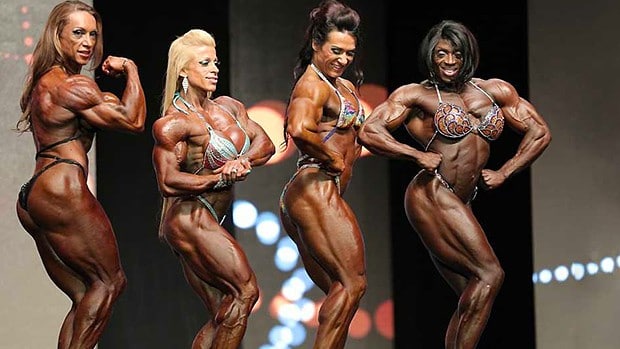 Before the 80s there was no such thing as a female bodybuilder who looked freakishly muscular until these two women took to the stage. However, there is one thing which really separates female bodybuilders in the 80s/90s to the more modern competitors.

So what was the big difference? The supply, amount, and variety of performance-enhancing drugs (Steroids and Human Growth Hormone) used. Like seriously, the look of female athletes in bodybuilding took a turn… and for the worse! Who wants to see a female bodybuilder that barely looks indistinguishable from a male bodybuilder?

Well, it was OK for many years but all of the androgenic, masculine changes apparently became too much and the demise of women’s extreme bodybuilding happened.

So what competitions are there for female fitness competitors currently?

Well, you have the Fitness, Bikini, Figure, Physique, and bodybuilding.

Now, female competitors still get a chance to showcase their amazing physiques (Otherwise what’s the whole point) but the level of masculinity has dropped off significantly and we basically have female models with really toned bodies.

Make no mistake though, many current competitors are using PED’s but nowhere near the extent to which they were used before.

Now, how do women build these huge physiques?

It’s a simple answer but some people may be unaware that injecting testosterone and androgenic steroids will cause all of the masculine features and make muscles much larger. Males naturally have more testosterone and therefore can develop more muscle mass on average than a female. 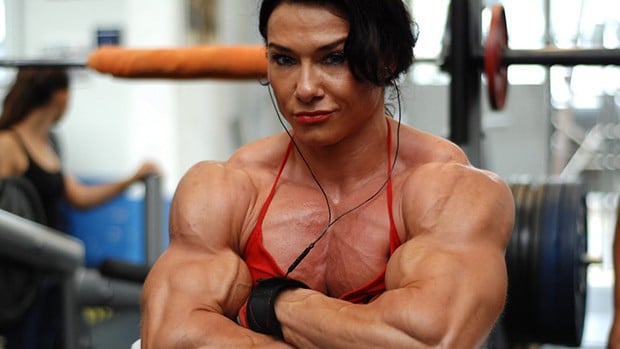 So females who use anabolic steroids, can level the playing field and even surpass the musculature of a grown natural male (Steroids are that powerful).

Oh, the changes are plenty and it’s actually quite mind-blowing. Risk factors are the same universally for both men and women when using these androgenic/anabolic substances. (1)

Women mostly experience these side effects:

These changes are the most noticeable and are also the most hideous (Sorry they are). There’s nothing wrong with a woman who works out and most who achieve a nice physique look very attractive.

But a big nose, facial hair, and a deep voice are reserved for a man (OK maybe that’s not completely true but these features make a man’s face what it is). Now, is this a problem? Well, that’s in the eye of the beholder. What a human being decides to do with their body and life is a decision reserved only for that person.

When it comes to organized competition, little can often be done to convince the majority of people that women’s bodybuilding should be a thing. Many would call women’s extreme bodybuilding a freak show or just plain crazy but these women who are passionate about the sport; just see it as who they are.

But is this really the case? That’s honestly a question which no one can really answer. A female bodybuilder is free to look as big and masculine as she wants too but the IFBB is not going to tolerate this idea in a competitive environment.

If you look at the female bodybuilders and even CrossFit athletes, you’ll notice that they are in great shape but it’s just a level down from the crazy physiques we’ve seen in past years. 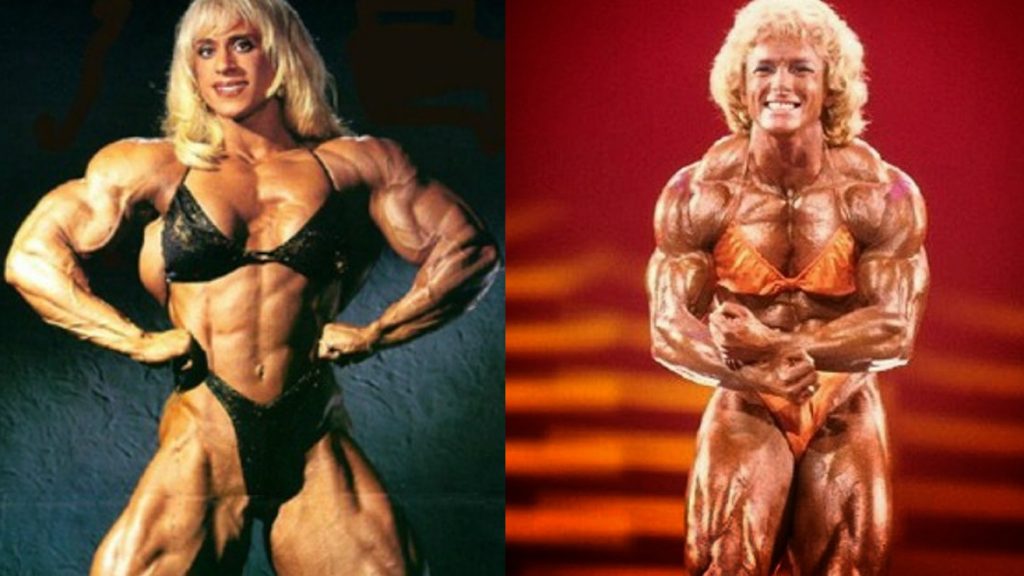 A Market for the Female Bodybuilder

Just because there’s no Ms. Olympia doesn’t mean the jacked and ripped female physique goes into extinction… there’s literally a fetish for everything and extreme female bodybuilding is no exception.

Men will pay top dollar to be dominated by a woman who is bigger and stronger than them and it’s not really hard to see why (Some of you men know exactly what we’re talking about). But, we’ll leave you and your imagination to that.

There’s No Money or Desire

The truth is… nobody was interested in Ms. Olympia anymore and there was no money to be made. Yes, it was because nobody wanted to see “roided-up” females anymore and it just wasn’t pretty… literally!

Like seriously… can you imagine how popular it would be for a male to compete as a female by losing all of his muscles to gain curves and a pair of boobs? Well, some things just aren’t meant to be and neither was the Ms. Olympia competition. 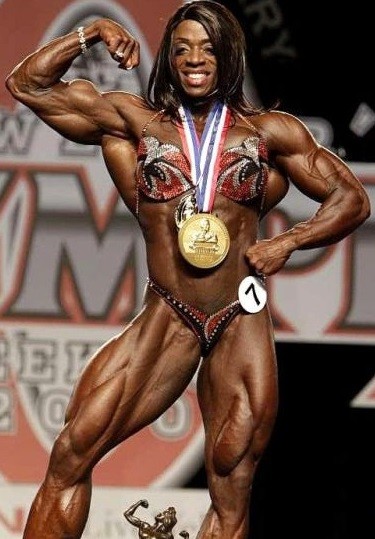 But look at the bright side; we did have the opportunity to witness what might have been the last of the freaky female bodybuilders. Iris Kyle will go down as the ultimate Ms. Olympia with 10 wins… and that was it! It was over in a blink of an eye and now the whole sport seems to be moving towards the “Physique” competition.

Let’s just accept that “it is what it is” and move on. Bikini, Physique, Fitness, Figure and Women’s bodybuilding are here to stay. The IFBB wants to see boobs, curves, and a slim, feminine face up there on stage and that is what people are willing to pay for.

Pretty is in and ugly is out.

No disrespect to the women who gave there all to be able to compete at the Ms. Olympia competition because it takes a special person to reach that level of muscularity. But apparently, there’s no place for them anymore.

On the other hand, even the men’s Mr. Olympia competition has moved to a more aesthetic physique with Shawn Rhoden. Now, he’s got a lot of muscle mass on his frame but compared to the last three Mr. O champions, it’s obvious times are changing.

Don’t get us wrong though, the freaks are still there… but the consensus seems to be that drugs (Performance enhancing) have gotten out of hand.

We’re in a New Era of Bodybuilding

Will Ms. Olympia or an equivalent level of competition ever come back? It’s hard to tell at the moment but it seems very unlikely. Since there’s not enough money to be made or desire for it to exist, things probably won’t change for a very long time if ever.