It takes two to make a dominant duo!

Bev Francis was a former bodybuilder, powerlifter and shot put champion from Australia; who really pushed herself beyond the “average” ideal of a female athlete. Accomplishing so much during her competitive career, Francis quickly became an iconic figure.

On the other hand, her husband Steve Weinberger is the lead judge in IFBB competition, who ultimately decides the Mr. Olympia champion every year. 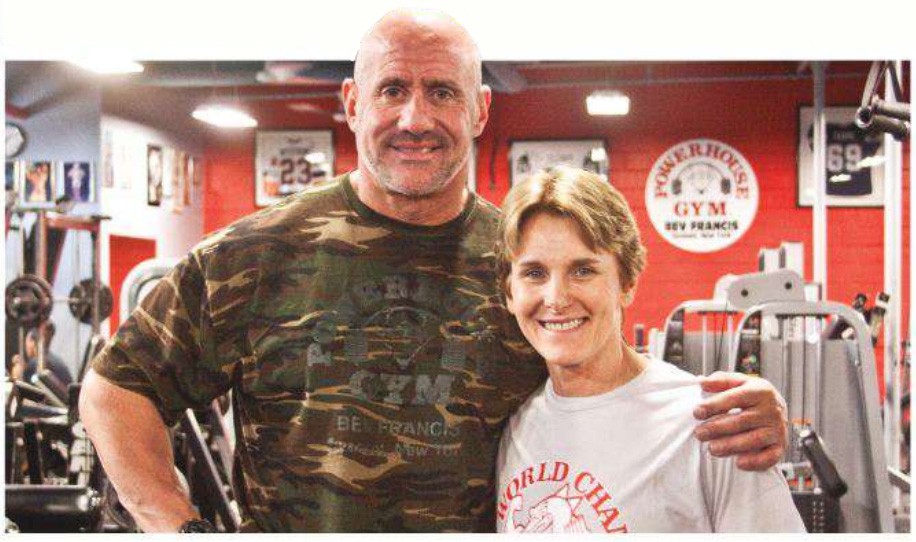 Both Francis and Weinberger own Powerhouse Gym in Syosset, NY which is also known as the East Coast Mecca; where numerous bodybuilding talents have been discovered throughout the years. It’s an iconic gym used for documentaries and fitness related film projects as well. They opened Powerhouse Gym in 1986 in Long Island, NY before expanding to Syosset in which the name was changed to Powerhouse Gym, Bev Francis.

The couple has a lot of influence in the bodybuilding industry.

Now, let’s start with the history of Bev Francis being a world-record-holding powerlifter where she achieved some very impressive numbers while competing at 182 pounds. In fact, she was undefeated while being acknowledged as the “Strongest woman in history,” from 1981 to the early 90s. Bev Francis was a powerhouse to say the least, boasting a massive 500 lb/230 kg squat, 335 lb/152 kg bench press and a 501 lb/227 kg deadlift.

Francis was the first woman to ever officially bench press over 300 lbs!

However, despite her big powerlifting numbers, she didn’t receive such widespread recognition until she entered competitive bodybuilding. 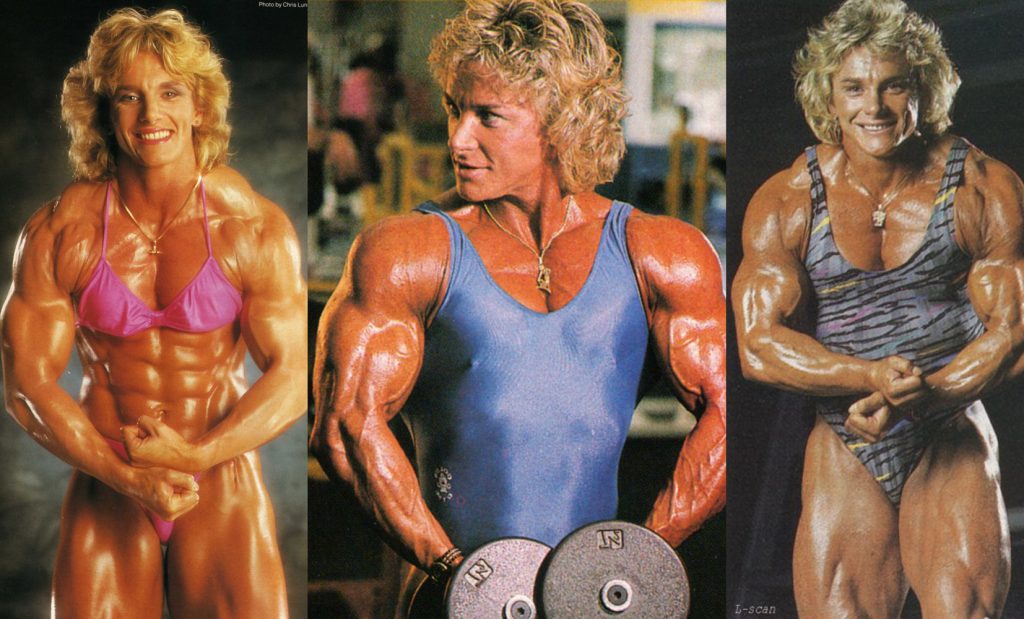 Her debut at the Olympia in 1986 resulted in a 10th place finish but she would go on to improve significantly, although never winning the Ms. Olympia competition.

Bev Francis actually led by four points over Linda Murray after the first of two nights during the Ms. Olympia competition. But somehow Murray edged Francis by 1 point for the victory, which shocked just about everyone due to the disbelief.

However, this doesn’t make her any less of a legend in women’s bodybuilding history because she had such a big impact on the industry. 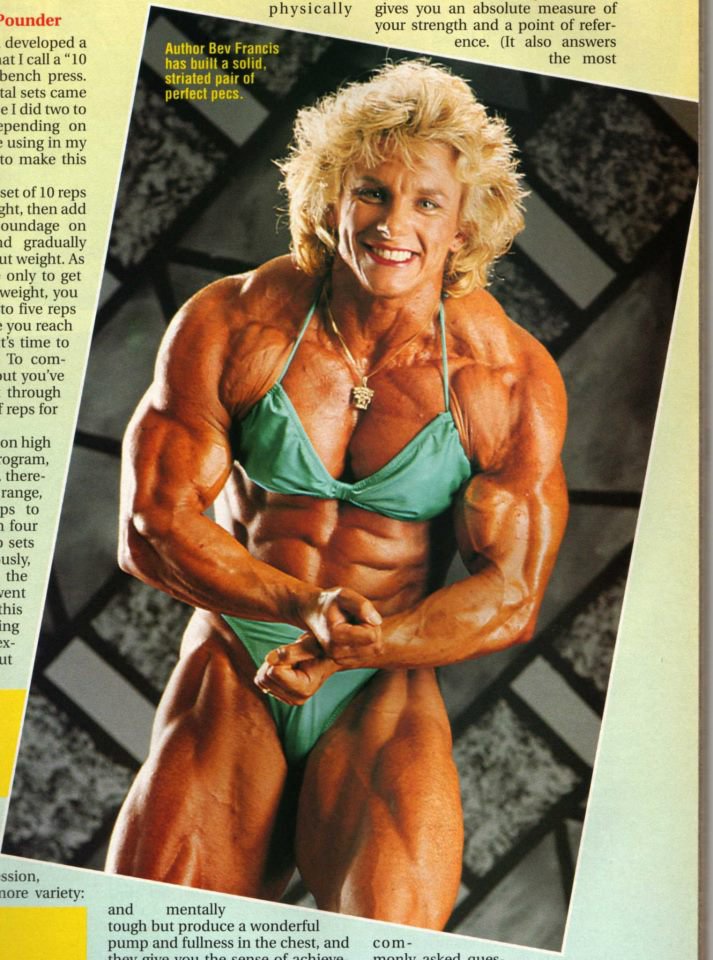 Her sheer size and strength was something no one had seen until Linda Murray came along. Nonetheless though, she had quite a run during her prime.

Now, let’s discuss her other half… Steve Weinberger is a very significant figure in the bodybuilding industry with a lot of power in the IFBB. With a simple internet search, you can find videos of him critiquing pro bodybuilders and addressing judging decisions. 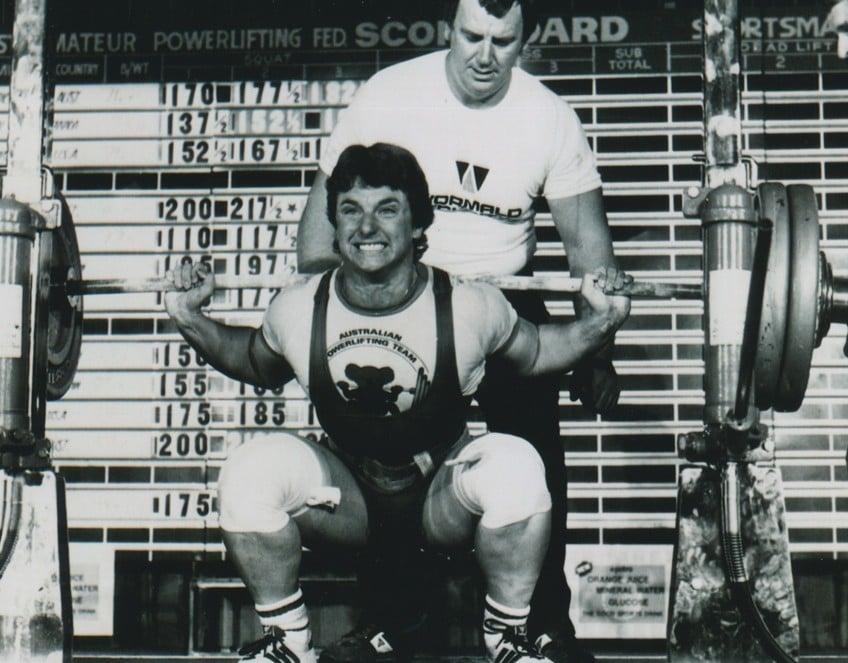 The two met at the Caesar’s World Cup in 1983 where Francis debuted, and from that point on they’ve accomplished great things.

They also have a son and daughter together.

Weinberger was a powerlifter and an IFBB judge when he and Francis became a couple. Now, the fact that he is the head IFBB judge currently, is very interesting because Weinberger never competed as a bodybuilder; so a lot of people might wonder how he was given such a prestigious position in the sport of bodybuilding.

Was it luck? Maybe.  Obviously, being a professional bodybuilder is obviously not a required prerequisite to landing a job as the head IFBB judge.

At this point, it doesn’t matter because Weinberger calls the shots!

Regardless, Bev Francis and Steve Weinberger are without a doubt… arguably the most dominant couple in bodybuilding. 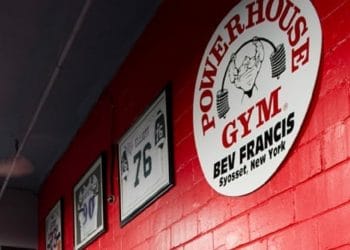