Sam Briggs had her own words to say about the misleading comments. 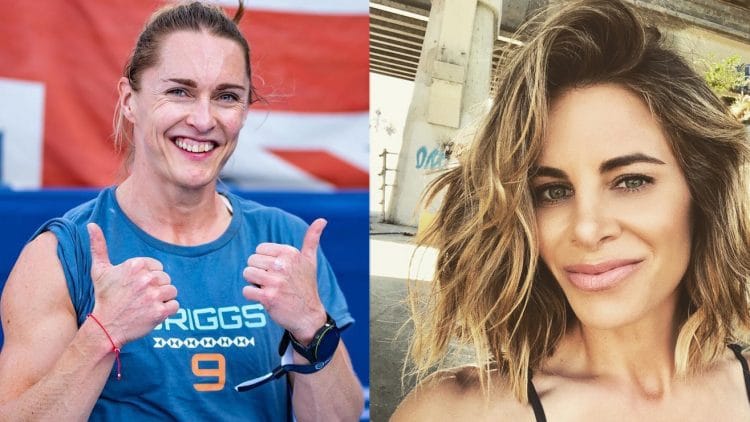 For decades, Jillian Michaels has inspired so many people to get in shape and she’s done such an amazing job. But, sometimes the saying… “you can’t teach an old dog new tricks” is just too fitting. Michaels recently criticized CrossFit as a whole and a really successful female CrossFitter wasn’t having any of it… 2013 CrossFit Games champion and 2019 Dubai Cross fit championship winner Sam Briggs quickly fired back after Michaels said some words which were simply opinion-based with no facts to back them up.

Here’s the video where Jillian Michaels explains her issues with CrossFit:

“I have a few issues with CrossFit, which is not a secret. First of all, you’ve got what, maybe 20 to 25 movements that don’t really vary? And you’re doing them over and over and over again. So, on one hand, it stops being effective because you’re not challenging the body from various angles of push and pull, with different varieties of exercises and different types of movements that work different modalities.”

“And I know CrossFit (athletes say), ‘Oh, we work all the modalities!’ – but no, not really, so shouldn’t you choose a workout that has a little bit more flexibility and strength so you get more mobility, not just power, which is speed and strength.”

“A little agility work, maybe some endurance training,” she said. “So that you’re training in a more balanced way, to keep the body changing and keep your training more holistic by hitting all modalities of fitness.”

Now, the problem with Michael’s assessment is that she speaks these words from inexperience in the subject of CrossFit and little does she know, there are plenty of people who actually benefit greatly from it. Sam Briggs responded to the much opinionated Michael’s with some real truth about what CrossFit actually involves…

…Booyah! In your face Jillian Michaels… it always pays to do some research before quickly forcing your beliefs on everyone else with no experience on the subject matter.

CrossFit is a growing sport and it has changed so many lives. It’s very intensive and utilizes a wide array of angles and movements for complete mobility and functionality, so it’s definitely not limited (Have you seen the physiques and athleticism of serious CrossFit athletes?).

“Needing to stay relevant so she needs to create controversy. Honestly, I feel bad for her, whoever fed her the Information about what is CrossFit did not do their homework and in turn made her look like a complete moron.”

Most would agree that Michael’s was wrong for making such absurd statements and this will likely put a small dent in her reputation.

Was Jillian Michaels out of line with her ill-informed assessment of the CrossFit training style?

The Sudden Demise Of Ms. Olympia Competition In Women’s Bodybuilding

Jillian Michaels the former Biggest Loser trainer has spoken out against CrossFit training once again. She's getting backlash, and it's...

There has been some unrest in the CrossFit community over the last few weeks. Now longtime athletes Sam Briggs and...

The 2020 CrossFit Open season has been hard on a lot of athletes. However, you can perhaps put Samantha Briggs...