UFC legend hangs up his gloves for good 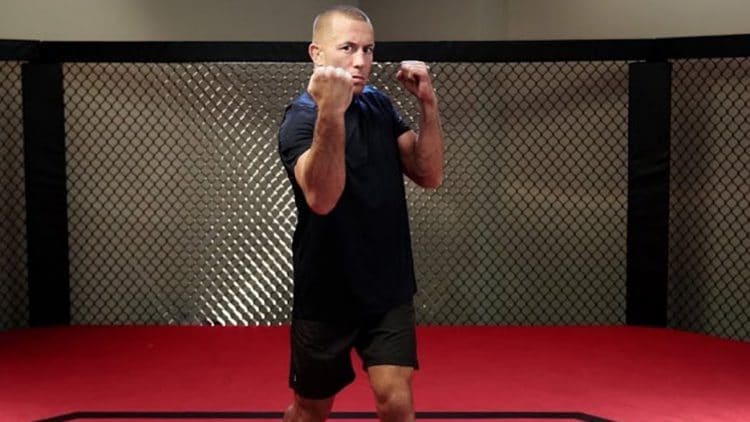 It’s a sad day for the MMA community. The absolute legend, the best welterweight of all time Georges St-Pierre decided to call it quits.

Before we give our farewells let’s look at the final straws that broke the French-Canadian’s back and made him retire. After beating Johny Hendricks at UFC 167 and defending his welterweight championship title for the 9th time, GSP decided to take an indefinite hiatus from the sport. Fast forward to 4 years later, the great welterweight announces his triumphant return, at UFC 217  against Michael Bisping, for the middleweight title.  Georges went against a reigning champion after a 4 year lay off, a weight class above his own and still won the fight! The Canadian was set to fight against the then #1 contender Robert Whitaker as his first title defense. However, after battling with some serious health issues following his fight camp for Michael Bisping fight, the champ decided to unofficially call it quits.

After relinquishing his middleweight title, St Pierre has been toying with the idea of fighting again. He was even on Joe Rogan’s podcast last spring bouncing back and forth ideas about his future.

He was aware that his time was coming but he wasn’t 100% he wants to retire. The only potential fight he was interested in fighting was the unstoppable and undefeated Dagestani bear-wrestling machine, Khabib Nurmagomedov.  Georges wanted the fight, Khabib wanted the fight…but there was a problem. The big bald boss man wanted none of it.

Says the UFC wanted him to come back for multiple fights, but he wasn't willing at this stage of his career.

"Physically I'm at the top of my game, but the hunger is not the same."

"I wish Khabib the best of luck. I think he's the best fighter right now. I can't wait to watch his next fight."

You see, Georges had no intentions of sticking around after a potential super fight against Khabib Nurmagomedov. He wanted a final payday, a final challenge and call it a career as the only fighter to hold belts in three weight classes. Dana White insisted that if Georges wanted to fight Khabib he would have to fight the #1  ranked contender of the weight class and THEN and only THEN fight “The Eagle” for a championship belt. With that, we reach today’s press conference in which the p4p MMA great announced his retirement.

There’s no tears. I’m very happy to do it,” St-Pierre said in English after. “It was a long process in my mind, but it’s time to do it. I always said I want to retire on my own, and not to be told to retire. It takes discipline to retire on top

Georges leaves this sport with a 26-2 fight record, 9 title defenses, 13 fight win streak and championship belts in two weight classes. Love him or hate him, Georges “rush” St. Pierre has made a serious impact on the sport and leaves it at the age of 37 with all of his health and more than enough wealth to spend during his retirement.

Lee Priest Is Saying Goodbye To His Face Tattoo