Lee Priest Is Saying Goodbye To His Face Tattoo 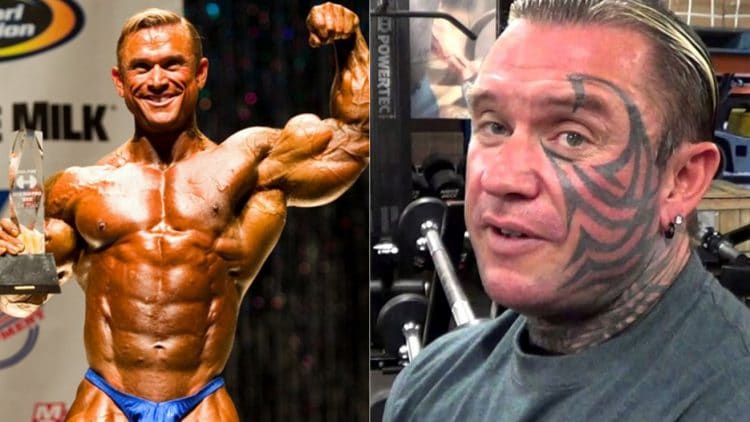 The Australian bodybuilding legend has decided to have his face tattoo removed which might be a shock to a lot of people including his fans. Lee Priest is known for having a rebellious and care-free attitude regarding the way he conducts himself publicly but what is Priest trying to achieve by removing his face tattoo?

Absolutely nothing!… he’s just bored with it.

In fact, Priest was featured in a newspaper titled “Mr. Universe faces his tattoo feelings,” where he explained the decision to remove his tattoo…“My mom and wife want me to keep it but I’m bored of it,” said Priest. “To me, it’s almost like a woman wearing the same lipstick every day. After 13 years you’d be bored of it and need a change”.

Lee priest also mentioned how at first he was reluctant to get a tattoo on his face because of how people would perceive him (Especially since he’s a bodybuilder who’s always judged on his looks). But Priest never regretted the choice to get his face tattoo and is even considering getting a different one.

Here it shows his face tattoo is fading slowly.

So, there’s nothing too unordinary to see here folks… Lee Priest isn’t changing his persona but rather, he just wants a new look!