Is A Carb A Carb? An In-depth look into carbohydrates 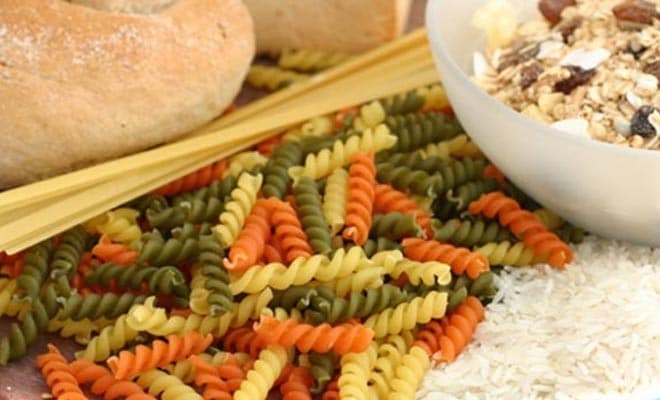 Have you ever wondered the following: are 40 grams of oats less fattening than 40 grams of sugar? Do whole gains have more nutritional value than refined grains? To avoid fructose overconsumption should you cut down on fruit?
There are many classifications for carb based foods and even terms for specific types of carbohydrates.

For example, let’s discuss sugar. People believe that sugar is very fattening, and calorie to calorie is more fattening than other carbs. There are others who will preach all carbs will turn to glucose within the digestive system and also agree to the fact that a calorie is a calorie.

Unfortunately these arguments often get confused by the counter arguments based on theories involving insulin and the “a calorie is a calorie” quote, but not all calories will have the same effect on your body composition. There are a whole load of varieties of food, all of which have different effects on your metabolism and they all have different absorption rates, which is one of the reasons why calorie for calorie whey is less fattening than fat.

Instead of getting into a theoretical debate on this matter (which most the fitness industry seems to love) we’ll just look straight at the cold hard facts.

It is important to keep pragmatics and academic when it comes to your research on nutrition. This article is going to be based around bodybuilder’s goals but most can take something away from the information given on the effects of different carbohydrates on body composition.

Before we divulge some of the meaty facts, it’s important we go over some methodological issues. To make a more accurate decision we need to get out of the mind frame of: “Big bodybuilders mainly eat brown rice and chicken, and that people who eat lots of sugar are just fat couch slobs, so rice has to be better than sugar”. It is apparent that most research on different carbohydrates on body composition is actually methodologically flawed. Most of these studies don’t take into consideration the control of other macronutrients, measures such as protein intake, total energy intake and taking into consideration ad libtium control (How much you can eat) aren’t taken into consideration neither.

There is a lot of research on sugar that is actually tested on rats, to get a more clear understanding on sugar we would ideally want tests done on different groups of people, composed of different body types (ectomorph, mesomorph etc.).
Luckily for you I have gone through an enormous amount of literature to find some great examples of science studies that show us the information we are looking for.

Simple carbs will contain: table sugar (sucrose), fruit sugar (fructose), milk sugar (lactose). Complex carbs (which can sometimes be called starches) will contain: potatoes, rise, grain based foods and legumes. Please note that the distinction of complex and simple carbohydrates is totally arbitrary.
When we reach molecule 3 of sugars we start to classify it as complex, so given this, will it have much bearing on a bodybuilder if a carbohydrate is simple or complex?

A study I found, which consisted of 400 people, had one group eat a diet which was high in complex carbs and had another group eat a diet which was high in simple carbs. It is to be noted both of these diets contained the same amount of carbohydrates and calorie count. The study found that there were no differences in fat loss or muscle depletion; they did find identical effects on blood lipid levels. To further support these findings, other reports and studies have found that diets containing different amounts of sugar intake resulted in the same body composition changes. Another recent study found that changing fructose for other iso-caloric carbohydrates causes no effects to weight gain.

So relatively speaking, for bodybuilding purposes it doesn’t matter if your source of carbs come from complex or simple carb based food as long as the carb amount count is the same.

EXPLANATION OF THE GLYCEMIC INDEX

A reasonable explanation for the above findings is the classification of simple and complex carbs do not result in what it’s intended to do. Referencing the GI Group reports, “The terms such as complex carbs and their sugar content, which appear on food labels, are now shown to have little nutritional or physiological significance.

The Food and Agriculture Organization and The World Health Organization are hoping these terms can be deleted and replaced with the GI value and the total carbohydrate content of the food. The GI (glycemic Index) is a way to rank the carbohydrate content within food on a 0 – 100 scale, defined by the extent to which blood levels are raised after eating. Foods which are absorbed and digested at a rapid rate will result in fluctuated blood sugar levels, these will be high GI foods. Low GI foods, due to their nature of slow digestion and absorption, will produce a slow gradual increase in blood sugar levels.”

The above comment from the GI Group reports, aren’t 100% conclusive, so we’re going to see if they hold up in the court of science.

IS YOUR BODY COMPOSITION EFFECTED BY THE GLYCEMIC INDEX OF A DIET?

A recent study using different weight loss diets, that contained the same energy content and macronutrient composition but had different glycemic index levels, found no changes in fat loss or muscle retention amongst the groups. Further analysis showed that the glycemic load within the diets had no effect on appetitive as perceived by fullness, ad libitum food intake, hunger and compliance. Even more analysis found no changes to health markers such as: blood pressure, heart rate, blood lipids, and glucose and insulin levels.

The only affected changes were a decrease in LDL cholesterol within the low glycemic load group. If you are wondering, the above would also apply to bulking as these tests were performed with weight gain as the target, instead of weight loss. 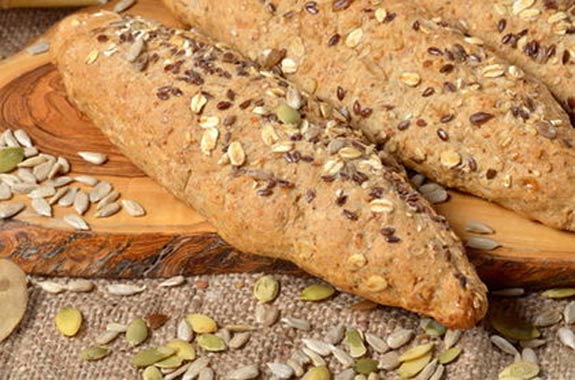 A review that included in-depth meta-analysis and systematic analysis supported the above results and concluded that the effects on health markers are highly dependent on their initial values. They also found low glycemic load diets were only affected on people who were unhealthy in the first place, think obese of diabetic people; to healthy people there was little effect. This is what is known as the ceiling effect – if it’s not broke don’t try and fix it, if you’re already healthy, eating “healthier” foods at some point, will not make you even healthier.

For example, if you are already lean, watch your diet and you’re physically active, you would be within the healthy category, and the glycemic load within your diet won’t have substantial effects on your health of body composition.

The GI levels of the food you eat before training has no effect on performance levels; neither do: rate of perceived exertion, ventilation, beta-endorphin levels, ventilation, respiratory quotient, lactate and substrate oxidation rate. The GI rates of the foods you eat make no difference to your performance levels when participating in anaerobic strength training. Needing carbs for energy is a psychological idea anyway.

Energy is measured in calories, energy in psychological terms is the result of sympathetic nervous system activity, and the intake of carbohydrates actually decreased this.

FURTHER READING ON THE INSULIN INDEX 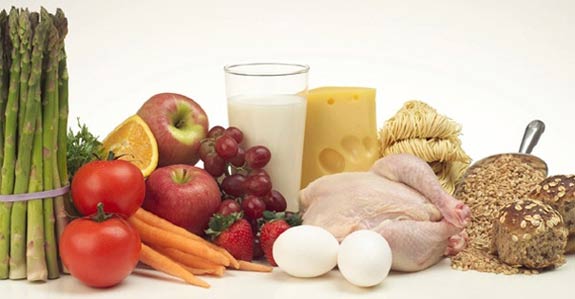 It could easily be argued that the insulin index is the true measure we should be concerned about, but the studies and research we have looked at also implicitly studied this. Replacing sugar based products with grain products, and swapping white rice for brown rice, as was done in some of the above studies did show changes to the glycemic index and load, and also insulin index.

To sum it up glycemic levels and insulin index do correlate strongly with the only differences being down to the fat and protein content within the food, not the carbohydrate content. This means the above statements about glycemic index also holds true for insulin index.

You can get ripped and shredded without limiting yourself to just brown rice as your only source of carbs. Your six pack isn’t going to fade away and turn into a fat gut if you eat sugar, just keep on eye on your calorie intake. This is the same ‘bro science’ that get many trapped into following an obsessive and monotonous diet that aren’t good for you in nutrition terms or psychologically.

• You shouldn’t be worried about whether the carb you are eating is a complex or simple carb, nor should you be concerned by the glycemic levels or insulin index. The total amount of carbohydrates is what matters because carbohydrates contain calories.
• If you are already healthy the type of carb you eat doesn’t really matter, it only comes into effect when you are unhealthy.

Please take note, it’s still not ok to fill yourself with sweets and other junk food, this article was to look at carbohydrates at a macronutrient level. Different type of carbs don’t just contain different macros they also contain other things as well, such as micro nutrients. I can’t get this across enough, sugar may not differ from calories from potatoes but the sugar will contain empty calories, unlike potatoes which contain a lot of other nutrients that are good for your health. To bodybuilders the sugar and insulin levels are irrelevant, what is important is what else is in the food.