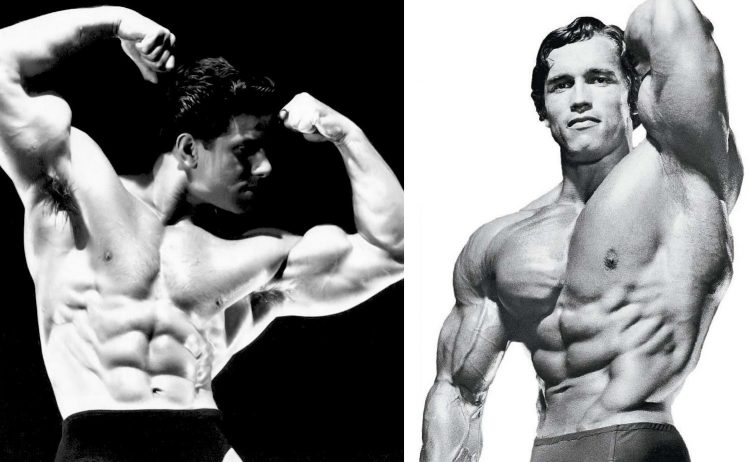 Possibly the finest natural example of the perfect balance between aesthetic physique and extraordinary strength is the late Reg Park. Reg Park was the inspiration for a young Arnold Schwarzenegger to pick up his first set of weights. Park won Mr. Britain in 1949 and although there were bodybuilders before him, his level of size and development raised the bar and would not be surpassed until Arnold himself appeared on the competitive scene in the late 1960s.

Reg stood 6’1″ and weighed over 250 pounds – standards which were enormous for the time. Comparing the physique of Park to his predecessors would be like us comparing Phil Heath today to the bodybuilders of the 70s! 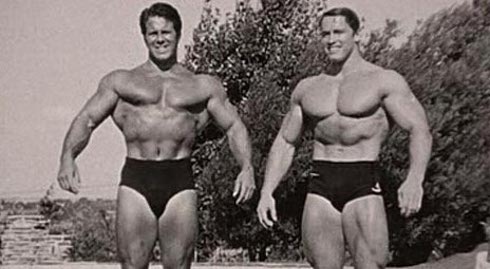 In The Education of a Bodybuilder (1977) Arnold reveals:

From the beginning, I was a big believer in the basic movements because that was Reg Park’s preference. He would stay with the basic exercises – bench presses, chin-ups, squats, rowing, barbell curls, wrist curls, pullovers, leg extensions, calf raises. These were the movements that worked most directly on all body parts. I was following his example to the letter. And as it turned out, I could hardly have chosen more wisely. The basic exercises were creating for me a rugged foundation, a core of muscle I could later build upon for a winning body. Reg Park’s theory was that first you have to build the mass and then chisel it down to get the quality.

Reg Park’s Beginner’s routine below was the exact one used by Arnold in his late teens to get jacked. Like Park, Schwarzenegger trained at this routine 3 times a week and it comprised mainly of heavy compound movements done with the “5×5” protocol. But unlike the more popular 5×5 sets across that we see in Bill Starr’s routine, Park advocated that sets 1 and 2 are to be warmups for sets 3,4 and 5. In other words, once you hit your max weight for five reps after two warmups, then crank out 3 sets of 5.

There are two workouts in this program: Workout A and Workout B. Workout three days a week, on Monday, Wednesday, and Friday, and alternate exercises as follows:

How many exercises do you do per workout? Four? Six? Ten? More?! While variety plays a vital part in building...

Lifters love to lift heavy weights. It’s arguably the most satisfying thing you can do in a gym! Lifting weights...