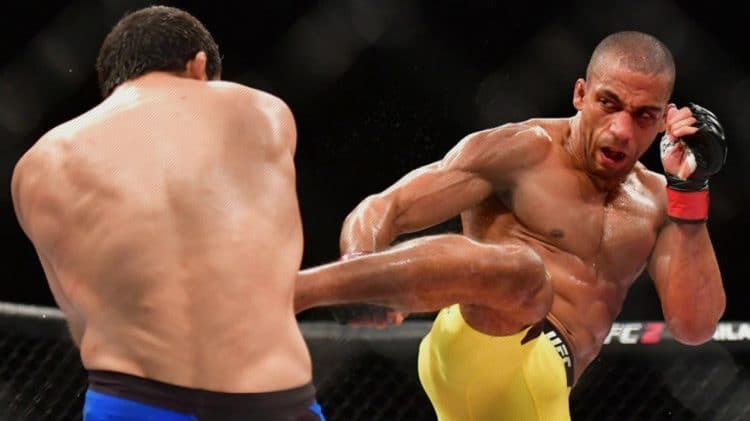 Edson Barboza is widely regarded as one of mixed martial arts’ most lethal kickboxers, with him holding several highlight reel finishes over the past few years, including a ‘KO of the Year’ contender last weekend over Beneil Dariush.

The co-main event spot became the highlight of the night when Edson Barboza landed a perfectly timed knee on Benil Dariush in the second round. Dariush made his mistake when he attempted a takedown after throwing a jab and was surprised and put straight to sleep by the explosive Barboza.

“The first round was a little bit difficult for me but I came back in the second, I knew that he was going to put his head down and it was just up to me and my timing.“ Barboza said.

Barboza, 31, began to chip away at Dariush’s volume attack in Round 2 by catching him with kicks to the body. Eventually, the Brazilian began to pick up his rhythm.

“I knew that every time he jabbed he took a step forward so I don’t know if he was trying to take me down or what but I knew that he was going to be there,” Barboza said.

This gives the Brazilian fighter his 11th knockout victory out of his 19 wins, and he is currently on a 3-fight win streak.

“I think I’m ready for the belt,” Barboza said. “I’m coming off three wins and I’ve been on this train for a long time.”