After passing away about a month ago, strongman Aaron Page has beautiful tribute video made in his honor 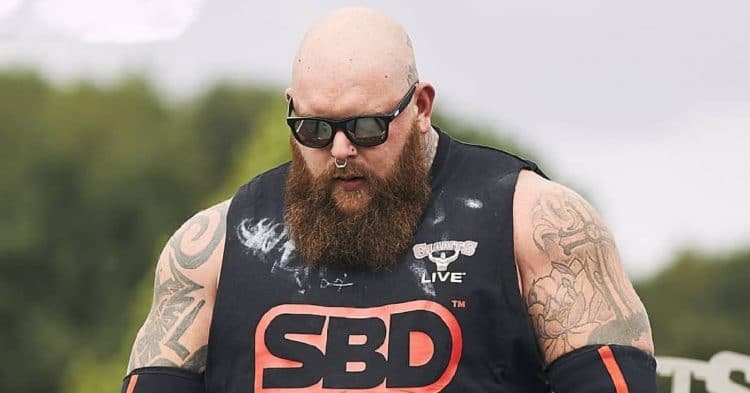 It has been about a month since the terrible and tragic passing of English strongman Aaron Page. Now a tribute video has been put together in his honor, and it might just bring a tear to your eye.

Some tragic news struck the strongman community last month, in the middle of the 2020 World’s Strongest Man, as it was revealed that Page had lost his life. This news came as a shock given the fact that he was just 31 years of age. Apparently he had tested positive for COVID-19, which led to him being place in a medically induced coma. Unfortunately he would never wake up from this coma, passing away on November 21st, 2020.

With it being about a month since the passing of Aaron Page, some of his friends and family wanted to make a video in tribute to him. The video, which was uploaded to the Instagram account of the gym he owned, The Barbell Division, tracks back through his early years as a strongman. It is a touching tribute put together by the co-owner of the gym, Daniel Jay, who also penned a heartwarming message to go along with the clip.

This is a short film to commemorate our very own Aaron Page. He was taken from us far too soon but he managed to pack so much and inspire so many in his 31 years.
–
Myself and @bulletmedia put this video together mainly focusing on his early years, family life, journey into strongman and co-owning @the_barbell_division . But as you know there was so much more to Aaron than we could fit into this short film.
–
One thing is certain, not a day will go by in this gym where we don’t think of him. He inspired and motivated many of us, and that will continue to be the case. We miss you, Aaron, and we hope to make you proud…”

This was certainly a beautiful video that did an excellent job of showing just how special and unique of a person that Aaron Page was, and it is clear that his presence on this planet meant a lot to people. He was a great competitor who made it to the podium at the UK’s Strongest Man, but more than that he was a father and businessman. It is plain to see that those who knew him felt very strongly about him, and that he will be deep missed.