UK Strongman Aaron Page was placed in a coma recently after testing positive for Covid-19, which was confirmed to be the cause of his death. 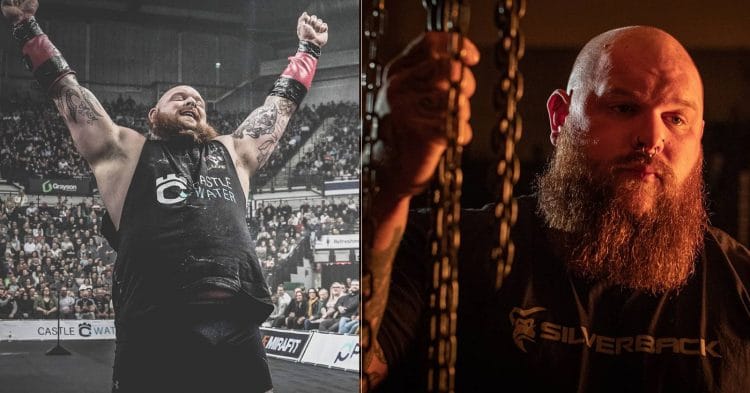 This year has truly been one to remember and not necessarily in a good way. The novel Coronavirus has claimed many lives including that of Strongman athlete Aaron Page. This was confirmed to us today by his good friend, known as ‘World’s Strongest Fan’ on Instagram.

Page tested positive for the virus recently and was in an induced coma before he died yesterday night, November 20, 2020.

Also known as Aaron “The Rage” Page, the beloved athlete from the U.K. last posted to social media on November 10th with a message that read…

“Will be quiet on hear from training videos for a week while i spend some much needed recovery time.Nothing serious dont panic ill still be sharing bits plus we have a wsm YouTube video plus our first strongmen do stupid s#*t”

His girlfriend Chloe also had Covid-19 and shared a message on Facebook explaining that Page had been induced in a coma.

Page 31, left behind his mother Nina Manchip, girlfriend Chloe Woodford, and his 12-year-old son Leon who was his absolute everything.

His girlfriend wrote the following message…

“This hurts my heart to write, my gorgeous boy passed away last night surrounded by those closest to him, I spent his last hours by his side, holding his hand, singing our song and telling him I love him, I hope I can make you proud, my life will never be the same without you, thank you for saving me when you did ❤️❤️❤️❤️❤️❤️❤️❤️”

“We are shocked and saddened by the dreadful news of Giant’s Live athlete Aaron Page passing away 💔 Our heart felt condolences go out to all of Aaron’s family and friends.
Aaron you will be greatly missed by all of us at Giant’s Live 😢
May you rest in peace ❤️”

Many others shared tribute due to the extremely saddening news by taking to social media. Of those included Paul Smith Strongman, and other fellow competitors, plus several more.

Awful news this morning that Aaron Page has passed away. I first competed with Aaron in 2013 and we've had some great…

I just received the devastating news that Aaron page has passed away this morning 😞 R.I.P strongman. I had the honour of competing alongside Aaron who was also the driving force behind my log programs. You will be missed. pic.twitter.com/P7oDulLNXx

We’d like to extend our most sincere condolences to the family and friends of Aaron Page and may he rest in peace.