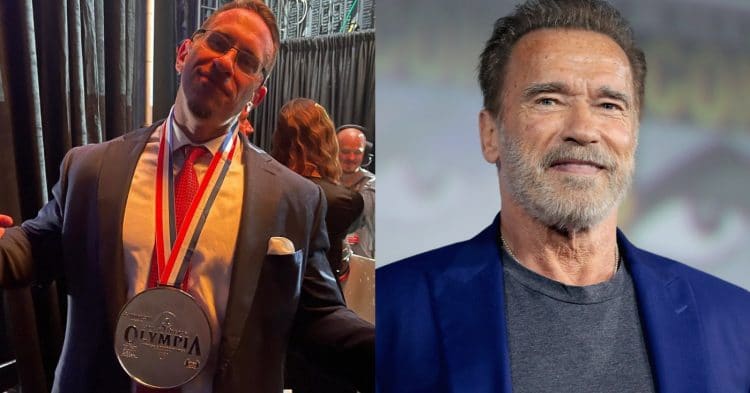 The bodybuilding community was shocked to hear that Redcon1 would no longer be supporting the Arnold Classic or any of its entities moving forward. Now CEO Aaron Singerman breaks down why he made this decision.

Singerman had posted to his social media to explain that he was no longer going to be supporting anything that is backed by Arnold Schwarzenegger. This came as a result of Arnold’s comments about mask protocols and COVID-19 vaccinations, and started a subsequent wave of other athletes following suit.

Now speaking with Patrick Bet-David, Aaron had a chance to better explain why he made this decision. Here he broke down how these remarks from Arnie rubbed him the wrong way, especially coming from someone who was an immigrant who made a name off of the freedoms in the United States.

“I told (my wife), I’m like damn, this guy came from Austria, had nothing, created this empire, this iconic brand, Arnold brand. Everything about him is great, I love him, I looked up to him as a kid. Now he says this, and if he stayed in Austria, he wouldn’t be s—t. He’d be like a charismatic farmer or something. What would he be? He’d be a police officer or whatever,” Singerman said.

“The reason why he got famous, is because Joe Weider gave him the opportunity to move to America, him and Franco (Columbo) started their own business, he went to college and he got in movies, and everything he’s done is so awesome. It’s something that I really look up to.”

Aaron Singerman went on to explain that he felt like it was not right to support Arnold financially, in the wake of these “screw your freedom” comments from Schwarzenegger. This wound up with the Arnold Classic losing out on hundreds of thousands of dollars from Redcon1 sponsorship money, as well as a broadcast partner for the contest.

However Aaron still has a lot of respect for Arnold, but he just can not personally stand with him in this matter. As such, he made the decision to not support the man who he disagrees with, encouraging others to draw their own conclusions and make their own decisions.

“I’m obviously not for cancel culture. I just think that people need to not support people with their dollars. So as a business owner or even as an individual consumer, if you don’t believe what the thing stands for, you actually are making a difference. You’re able to vote by not sending your dollars. So to send him a few hundred thousand bucks just felt really wrong,” Singerman explained.

This is obviously a complicated situation, and Aaron Singerman is entitled to have his own opinions, just like Arnold Schwarzenegger is. That being said, the 2021 Arnold Classic still was a success, even without the support of Redcon1.

Why Am I Not Gaining Weight? Common Weight Gain Problems Revealed