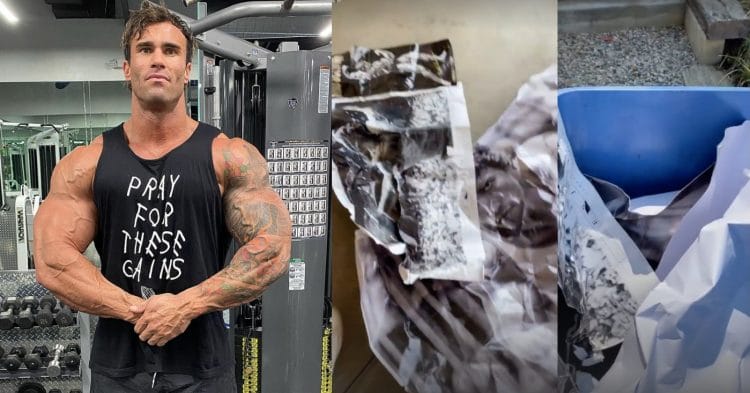 Bodybuilding legend Arnold Schwarzenegger has come into hot water recently, for his remarks about the global pandemic. Now added to the list of people standing against him is Calum Von Moger.

It is not an unfair statement to claim that Von Moger got most of his fame within the bodybuilding world because of Arnold. Sure, he had his own prior following which would have likely continued to grow, but he gained serious notoriety by portraying a young version of Schwarzenegger on screen in the film Bigger.

Despite all this, Calum is unable to get past the recent “screw your freedom” comments from Arnie. While the bodybuilding icon has since tried to clarify his remarks, Calum posted to Instagram to share his support for the likes of Brian Shaw and Redcon1 CEO Aaron Singerman, by boycotting the Austrian icon.

“I’ll always remember the Arnold that inspired us to train hard, believe in ourselves and follow our dreams. But I can no longer support the Arnold that speaks to us today,” Von Moger wrote.

“I say, fight for your freedom.

Calum Von Moger followed this up with some videos that he posted to his Instagram Stories, where he explained that he always was a fan of Arnold Schwarzenegger, but that Arnie is a different person now. This person is not one that Calum can support, at least not with the views he has been expressing.

“I’ve always been a big fan of Arnold’s. I grew up watching his movies and he inspired me to get into bodybuilding and competing and everything. But the Arnold that we knew then is different from the Arnold that we see today,” Von Moger said.

“Unfortunately I made the decision to remove all of his posters off of my wall and chuck them out because recently in an interview he… I think it was just a poor choice in words but quote ‘screw your freedom’ was what he said, and I can’t support someone that doesn’t support our freedom. So I’m no longer a fan. Sorry Arnold.”

Calum Von Moger is not the first person to be offended and bothered by this specific comment from Arnold Schwarzenegger, which took place during an interview where he was discussing mask mandates and public health concerns. It is a shame to see things unfold like this, with so many people no longer wanting anything to do with one of the legends of bodybuilding.