Thinking of taking the Army Combat Fitness Test—either to join the military or just to prove you’re tough as nails? It’s not an easy test by any standard, so it’s going to require hardcore training to get ready. This article will walk you through the steps to get in the right shape to pass it with flying colors! 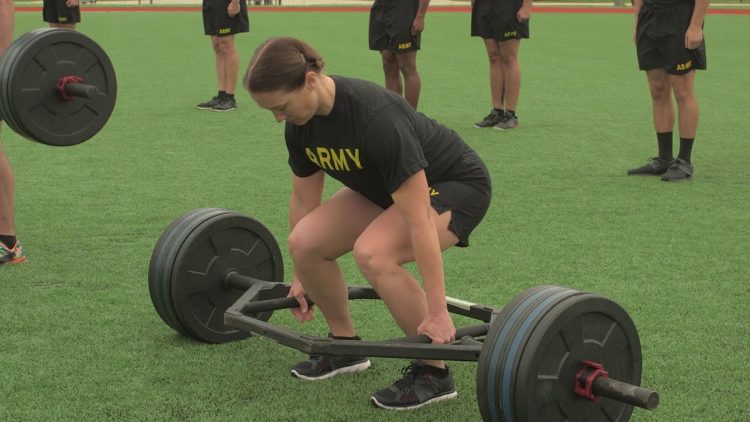 As of October 2020, anyone seeking to join the U.S. Army is required to pass the Army Combat Fitness Test (an updated version of the previously required Army Physical Fitness Test). This test is no joke; it’s an intensely demanding test of strength, endurance, and mental fortitude that will push even athletes and fit resistance trainees to the very brink of exhaustion.

If you’re joining the army—or just want to prove that you’re tough enough to do what your uniformed brothers can do—you’re going to need to be ready to pass this grueling test. Below, we’re going to look at what the ACFT entails and how you can train to ace the physical examination.

A Closer Look at the ACFT

Before October 2019, the Army Physical Fitness Test was the standard used to assess candidates’ physical fitness for the army. 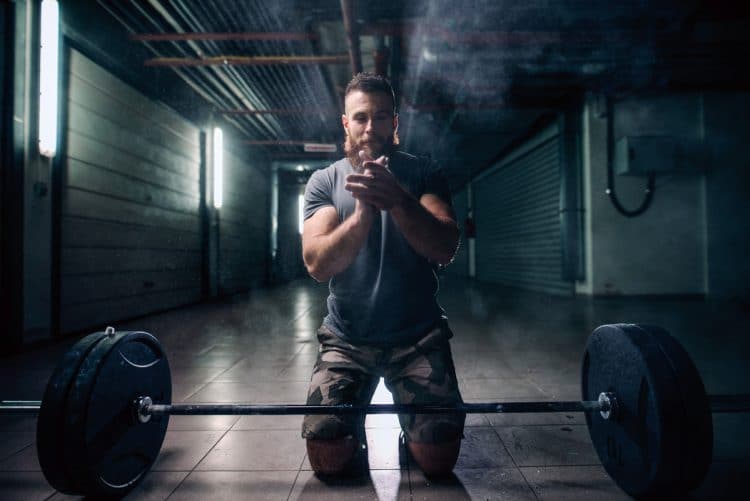 Critics of that test claimed that it didn’t accurately measure a soldier’s full strength and/or endurance. It focused entirely on three aspects (a Push movement, a core movement, and cardiovascular fitness) and left a lot of other critical fitness aspects out.

That was the intention behind the update to the Army Combat Fitness Test in 2019, which became official in 2020. With the ACFT, soldiers perform:

With this much more all-inclusive fitness test, it’s easier to gauge a recruit’s physical fitness overall, rather than just their ability to do sit-ups and push-ups.

The new fitness test also rewards general fitness instead of specialization. Someone with massive push power (chest, triceps, and shoulders) and core strength could usually fly right through the test, but their abilities to perform real-to-life activities (such as the Drag-Carry) were untested and often sub-par. By upgrading the test, the U.S. Army has found a much more accurate metric to gauge their soldiers’ fitness.

Below, we’re going to take a closer look at each of the fitness events in the ACFT, and give you some useful workouts that will help you strengthen your body for the specific activity. You’ll know exactly how to shape your training sessions in order to maximize your general fitness in preparation of the test.

The weight range for this exercise is between 120 and 420 pounds. To pass this part of the test, you will need to perform a set of three repetitions using maximum weight.

Deadlifts recruit most of your posterior chain muscles, including:

You’re going to want to incorporate into your daily training routines exercises that help to strengthen these muscles and improve your deadlift form.

Sumo Squat – Sumo Squats are a wider-than-average squat that will target leg strength with a focus on the glutes and hips. Excellent for building the lower body power required for raising your Deadlift.

Alternate Staggered Squat Jump – This is a classic U.S. Army conditioning drill that is excellent for building explosive leg power.

Forward Lunge – This works your core, glutes, and hips along with your lower body.

A few other exercises you can do to improve your Deadlift performance include:

Pendlay Row – This exercise targets the muscles of your upper back, improves your grip strength, and tightens the core muscles engaged during the Deadlift.

Roman Chair – Also called “Back Extensions”, this exercise works your lower back and glutes, giving you more power during the Deadlift’s concentric phase.

In this event, you will throw a 10-pound weighted ball backward as far as possible. This is intended to test your explosive muscle power, which may be needed to lift something heavy (like a fellow soldier) over an obstacle or race across uneven terrain.

The Standing Power throw is intended to test power and coordination in both your upper and lower body, particularly your arms and legs.

Power Jump – This is the Army’s unique variation on Jumping Jacks, and it helps to build serious explosive power in the lower body, along with better mobility and core strength.

Overhead Push Press – This exercise is all about the shoulders and triceps, which are two of the primary movers engaged in the Standing Power Throw movement.

A couple of other exercises you can do to improve your Standing Power Throw performance include:

Wall Balls – The combination of Squat and overhead Medicine Ball throw makes this an excellent exercise for building upper and lower body coordination and strength.

Barbell Clean and Jerk – This power-lifting movement can help to improve coordination through multiple movements and develop explosive power that will specifically strengthen the muscles engaged in the Standing Power Throw.

This is still a set of regular Push-Ups, but with the added difficulty of removing your hands from the floor when you are at the bottom of the eccentric phase (chest to the floor). This will actually engage your upper back and shoulder muscles, making the exercise even more difficult!

Standard Push-Ups target the chest, shoulders, triceps, core, and glutes. However, adding in the “Hand Release” portion of the exercise also focuses on the posterior deltoids, traps, and upper back.

8-Count Push-Up – Think of this as a Burpee, but without the jump at the end, and performed on an 8-count. It’s a timed exercise that engages all the right muscles to strengthen for the ACFT test.

Quadraplex – This core movement works with just your bodyweight (extended arms and legs) to improve balance, coordination, and strength in your abs, lower back, and glutes.

A few other exercises you can do to improve your Hand-Release Push-Up performance include:

Plank Walks with Push-Ups – Plank Walks target the core muscles that are engaged during your Push-Ups, along with your glutes, shoulders, and triceps. Adding in a Push-Up between every movement will just kick it up a notch.

Static Push-Up – Also known as the “Push-Up Hold”, this static (motionless) exercise builds endurance in your chest, shoulders, and triceps.

This is a high-intensity endurance event that will demand serious cardiovascular fitness! In this event, you will sprint five times up and down a 25-meter lane (50m back and forth, for a total of 250m) while dragging a 90-pound sled then carrying 40-pound kettlebells. This is intended to simulate the weight and intensity of attempting to drag a wounded comrade or civilian out of battle, moving at speed to find cover from enemy fire, or hauling ammo boxes to a vehicle or fighting position.

This test will work nearly your entire body, but the focus will be on your legs (for the sprint), back (picking up the weights), and forearm strength (carrying the kettlebells and dragging the sled).

Straight-Leg Deadlifts – This targets the lower back, hips, glutes, and legs very effectively.

Bent-Over Row – This combines the core-strengthening of a bent-over exercise with the upper back focus of a Row.

300M Shuttle Run – This improves cardiovascular endurance and helps prepare you for the sprint portion of the ACFT test.

A few other exercises you can do to improve your Sprint-Drag-Carry performance include:

Hill Sprints – Sprinting 50-100 meters up a hill will push your body to its limits, and make it that much easier to perform the 25-meter sprints.

Farmer’s Walk – This is one of the best movements to build the grip strength you’ll need to carry the 40-pound kettlebells.

Dead Hang – Yet another great exercise to target grip strength, using only your bodyweight and a pull-up bar.

This is a much harder (and better) core exercise than Sit-Ups, as it’s easier on your spinal muscles,  focuses more on your core strength, and generates double the amount of force on your abdominal muscles. You’re also performing the exercise while hanging from a bar, which means your forearm (grip) muscles get an added workout.

Bent Leg Raise – This is a classic U.S. Army core exercise that will prepare you for the tuck portion of the exercise.

Bent Leg Raise – This unique exercise will seriously focus on your core, specifically the lower abdominal muscles that are involved in lower body mobility.

Bent Leg Raise – Switching back and forth between various grips in this Pull-Up Variation will build the required forearm strength needed to hang for the duration.

A couple of other exercises you can do to improve your Leg Tuck performance include:

Dead Hang – As mentioned above, this exercise is focused entirely on the muscles recruited to keep you hanging.

Hanging Extended Leg Raises – This will drastically improve core strength, and is a difficult variation of the Leg Tuck.

This is the same as the final event in the older APFT, intended to test your cardiovascular endurance. However, the scoring threshold is lower, as it’s expected that the previous strenuous activity will leave you more tired than in the AFPT.

Sprint Intervals – Training with intervals of 30:60 (sprint:walk) and 60:120 will help to improve cardiovascular endurance and increase aerobic capacity.

Release Run – As explained on Page 33 of the Bent Leg Raise, this is a way for trainees to push their endurance by setting a “comfortably hard” pace that they sustain initially for 5-10 minutes, then increase to 10-15 minutes in preparation for the 2-Mile Run.

Bent Leg Raise — Hill Repeats force you to run up and down hills repeatedly, and aim to improve performance by shortening the time required to complete each run. The 2-Mile Run will likely involve some hills, so training for it will ensure you’re ready to tackle the challenge.

Other training you can do to improve your 2-Mile Run performance include:

Incline Run — Run with your treadmill set to an incline (start mild, and increase it to a steeper incline) or hills near your house. Focus on running up the hills as much as possible—that’s always the hardest part.

Timed Runs – Set a goal based on the required time for your 2-Mile Run (Bent Leg Raise), and time yourself to push your limits higher until you reach the goal.

The Army Combat Fitness Test is no joke! It’s an intense, physically demanding test that will require serious endurance, strength, and cardio conditioning. You’d do well to spend at least a few months of dedicated training using the exercises above to help you get in the right shape. But if you do put in the time and work, your chances of passing the test are excellent. 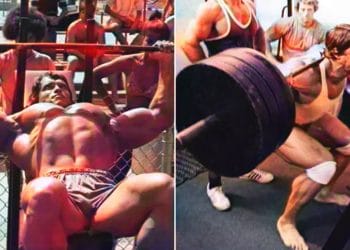 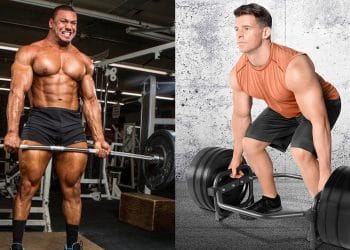 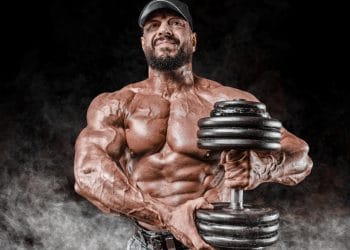 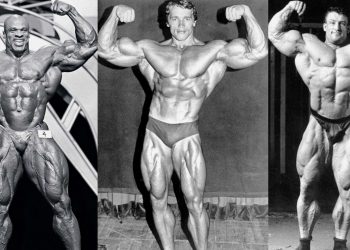 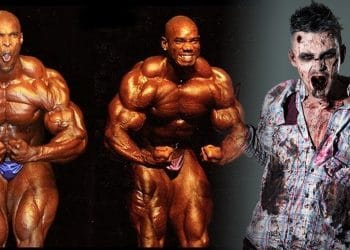 How to Train to Survive the Zombie Apocalypse!