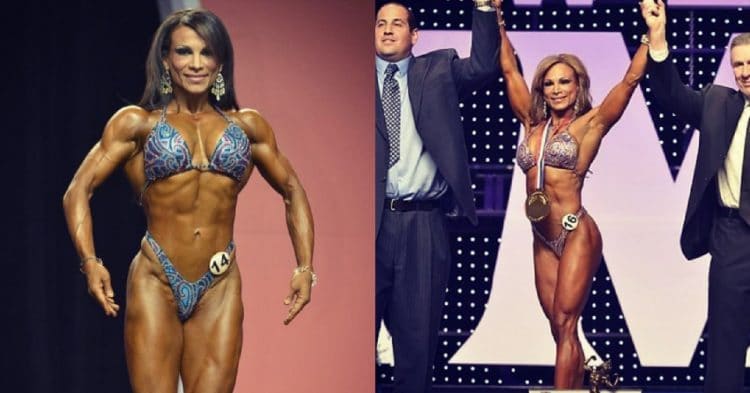 Adela Garcia was looking to come out of retirement to compete at the 2020 Mr. Olympia. Unfortunately it seems that a bicep injury has put a halt to these plans, and forced her out of the contest.

Holding eight wins at the Olympia under her belt, Garcia is undoubtedly one of the best Fitness bodybuilders of all time. In fact she was never beaten, walking away from the sport in 2013 after winning her seventh consecutive title. That is why there was a ton of intrigue when she revealed that she would be taking the stage again seven years later. Despite her being 49 years old, there was still a lot of questions surrounding her return and how she would look after such a long time away from the sport.

Unfortunately it seems that this return has been derailed, at least for now. Speaking in a recent interview, Adela Garcia revealed that a bicep injury has forced her to make the decision to pull out of the 2020 Mr. Olympia. Although she will still attend the show in the role of an ambassador, she did not feel able to properly compete at her best, and chose to not disrespect the contest by trying to compete anyway.

“What happened is I started practicing stuff at home because I didn’t have a place to go,” Garcia explained. “Gyms were closed, not an aerobics room, not a cheer place to go, and then finally when I was able to (go somewhere) and I started pushing hard, now it’s time to go. I started having problems with my tendon, my biceps tendon in my right arm.

The main problem is that it comes down to the routine that Garcia does. She explained that in terms of her physical conditioning, she is in a good spot; better than she expected even. However with her bicep having problems, she would be unable to do the explosive push-ups that are a part of her stage routine. So rather than not perform at her best, she chose to pull out of the contest.

Obviously it is a massive disappointment that Adela Garcia is not going to be competing this year after all. The good news is that she has not ruled out the idea of competing next year. So hopefully she can heal up and get back in shape to compete at the 2021 Mr. Olympia instead.