Powerlifter Amanda Lawrence had an epic showing in the gym recently, that culminated in an epic deadlift session 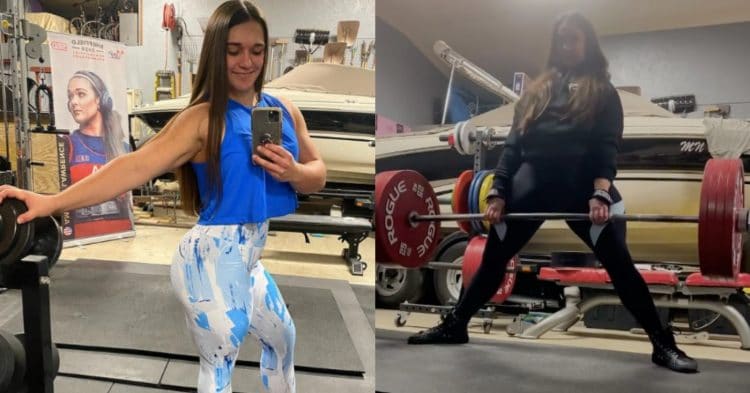 Things have really been coming together for powerlifter Amanda Lawrence over the last several months. She decided to close the year out strong, with a crazy deadlift session that saw her pushing her limits in a big way.

There is a pretty decent argument to make that Lawrence is the best female powerlifter in the world currently. She has really worked to stake her claim for this honor recently, with some impressive performances over the last few moths. Most notably was the showing she had last month, at the USAPL Gainsgiving meet. Here the young athlete set three American records and unofficial world records in the 84kg division, at a single meet, including a 260kg deadlift.

Amanda Lawrence was back in the training room again recently, and she just picked right back off where she left off last month. Taking to Instagram she shared a few videos from a hardcore training session just before Christmas. The 23-year old had a few impressive performances during this session, but there was one in particular that stood out above the rest. This came in the form of her 496lb sumo deadlift, that she pulled for a whopping six reps.

“Christmas Eve Eve Deadlifts! 🎅🏽🎄Looks like we’re going to have a White Christmas after all here in MN 🥶☃️

Hope you all have a safe & happy holiday season! 🥰”

This was a crazy showing from Lawrence. To put in perspective how impressive this was, the American record that Amanda scored last month was about a 573lb deadlift. While this was 77lb lighter and a slightly different variation, she did this for a whopping 6 reps. It is clear that this is her putting in the work to push those numbers even higher.

Of course, what would a discussion about Amanda Lawrence be if we did not mention her squat skills. She has been doing some high rep training here too, as she showed recently. Here she is a few days before her deadlift session doing a squat session that included an impressive 337lb safety bar squat for a solid 8 reps.

Even though she is still just 23 years old, Amanda Lawrence never ceases to disappoint when she starts moving around weight. She only got one contest in this year, but we can expect 2021 to be a solid year from this talented young athlete.