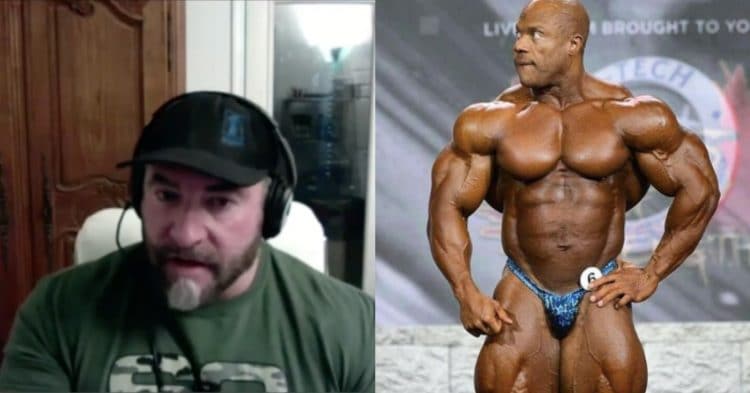 When Phil Heath returned for the 2020 Mr. Olympia, which went down December 17-20th in Orlando, he did not look to be at his best. After this disappointing showing, coach to the stars Chad Nicholls thinks that Phil should retire.

Nicholls got to see Heath up close at the 2020 Olympia, due to his role as coach for Hadi Choopan. He got to witness, along with the rest of the fans watching, that Heath was back but not as good as fans were hoping. It became apparent fairly early that he would not be winning the contest this year, and this proved true as Heath wound up in a somewhat controversial third place.

Following the contest, Chad Nicholls was not very impressed by what he saw from Phil Heath. Speaking in an interview a few days removed from the Olympia, this elite coach spoke a bit about what went wrong for Phil. He said that from the start it was evident that the concerns of Phil’s stomach were validated by the way he looked.

“Here’s the thing,” Nicholls said. “When he first walked out, I could tell the stomach was still an issue. So I knew that instantly, but again, I could start to see s–t moving. So at the beginning I was like ‘Okay, he’s in pretty good shape.’ I watched him go through the poses, I could tell size-wise that he was down a little bit.

“Originally I thought that he downsized a little bit, maybe he’s a little flat,” Nicholls continued. “And then as I watched him I realized that he didn’t have any control over his stomach. He couldn’t control it, he couldn’t feel it.

I think at the end of the day, what ended up happening was he’s had two major invasive surgeries through that stomach. I think that stomach, he doesn’t have control over it.

The lingering question after the 2020 Mr. Olympia was what’s next for Phil. Some have been suggesting that he should retire after having such an unsuccessful comeback. Chad Nicholls tends to agree with this sentiment, saying that it is the move that makes the most sense.

I don’t think he can feel it, but at the same time he’s not going to be able to do it, so therefore he’s never going to have that dense look to his muscle. To do it, he would have to push the boundaries of what that stomach is probably capable to withstand, which puts him back in another injury scenario.

“It’s not worth the risk,” Nicholls added. “Everything that he’s accomplished, everything that he’s done in his career, he’s still going to go down as one of the greatest Mr. Olympias of all time. I personally don’t want to remember him worse.”

Do you think that Phil Heath should retire like Chad Nicholls said? What do you make of this assessment from the coach?