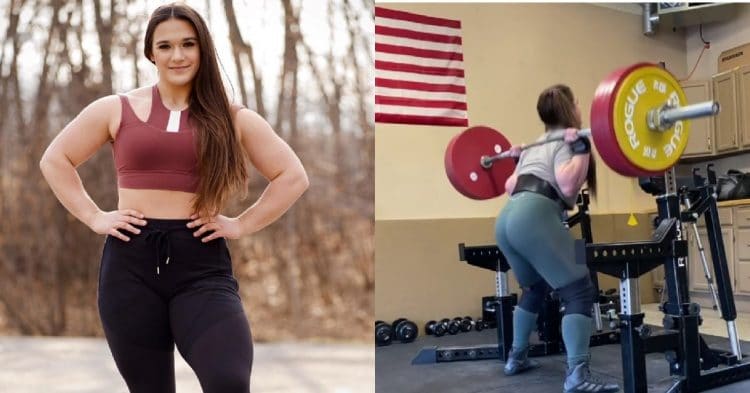 Amanda Lawrence has been doing some incredible work over the last few months. This was taken up a notch recently, when she was able to set a new personal record in training.

When it comes to impressive squat action in the weight room, few people have been looking better than Amanda. It seems like every time she steps to the weights, she always leaves us with our jaws on the floor, wondering how she could have possibly done the lifts she does. She really is an incredibly exciting young powerlifter, who is growing and improving at a rapid pace.

This growth was on full display yet again, when Amanda Lawrence was having a recent training session. She took to Instagram to show that she was working on her squat, and hit an enormous 562lb pull. While this is impressive in its own right, what makes it better is that it was a new personal record for the 22-year-old phenomenon.

As she explained in the hashtag on her part, Lawrence is gunning for a 600lb squat goal. She certainly is not far off from that. Judging by the way she looked here, chances are she will be able to score than sooner, rather than later.

In an effort to reach that milestone, Amanda Lawrence has been doing a ton of work on her squats, trying to bring her numbers up. Here she is, just a few days earlier, doing another heavy training session. Only this time, she decides to rip through a 501lb paused squat for three reps.

Amanda Lawrence is clearly laying the ground work for her to be able to achieve the goal that she has set out for herself. She is not far from her goal of 600lb, and judging by how hard she is working, it will not be long at all before she hits it.