After her shocking win at the Wings of Strength Rising Phoenix, Andrea Shaw explains the gameplan for the Ms. Olympia, and using her momentum 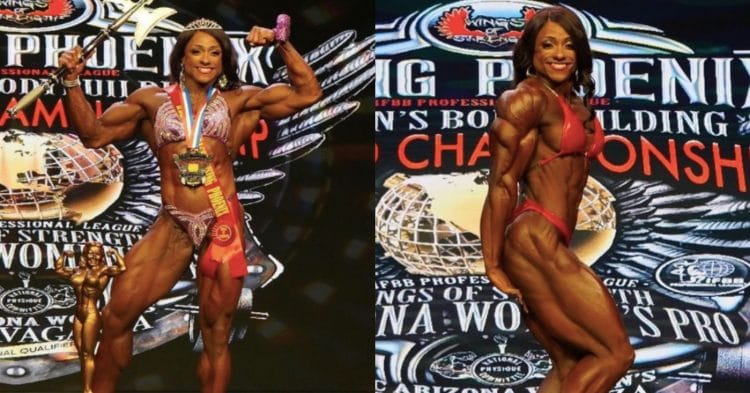 Just two weeks out from the return of the Ms. Olympia, Andrea Shaw managed to win the Rising Phoenix show. Now she reflects on that surreal moment of victory, and explains the momentum that she will be riding at the Olympia next week.

It took a bit of time for Shaw to find her proper division in bodybuilding, but once she discovered that the Open was for her, she has not looked back. The Ms. Olympia is making its return after six years, and although Andrea was planning on competing there, she decided to take part in the Wings of Strength Rising Phoenix contest. This event is essentially what took the place of the Ms. Olympia, as the sport’s top women would compete here and decide who is best. Despite facing off against former champs like Helle Trevino, Andrea managed to win this year’s event, serving as a huge confidence booster heading into the Ms. Olympia.

Not only did Andrea Shaw win the Rising Phoenix and get a trophy and sick car, but she also earned the biggest victory of her career. This moment, and the people she beat to get there, was a complete validation of everything that she had been working towards her entire career. However as she explained in a recent interview, things are still sinking in that she actually was victorious.

“It’s still sinking in,” Shaw said. “I’m still looking at John this morning with training and I’m like ‘This really happened didn’t it?’ and he’s like ‘Yes it did.’ And he told me, he said ‘It’s going to take a while to sink in, don’t worry.’ It’s kind of like when I got my Pro Card. It was such a hard drive to get there, and then once it happens you’re happy, but its still kind of like…wow. And then you move on to the next goal. So I’m trying to keep my excitement contained while still working on these next eleven days. It’s eleven days. It’s not two weeks, it’s not a month away. We’ve got eleven days to really make some improvements and get back up there and fight again.

“It’s definitely still exciting,” Shaw continued. “But I’m moving the excitement to the back burner so I can really focus and dial in, to bringing it in the way I know I can.”

What Makes Andrea Shaw A Threat

Although Andrea Shaw was victorious against one of the favorites to win the Ms. Olympia, in Helle Trevino, she still has the likes of Iris Kyle and others to contend with. She is always focused on improving, but she does have some areas the she feels are her best. It mostly comes down to her posing, with her back and triceps being properly displayed.

As previously stated, this will be the first Ms. Olympia since 2014, and Shaw is excited to be a part of it. She is hoping that her strengths will be enough to best the likes of Kyle and the other bodybuilders who have developed their skills in the absence of the Ms. Olympia. Yet perhaps more than that, she is just excited to have women’s bodybuilding back in the forefront of the sport.

“It’s exciting,” Shaw said. “Although at times I still wonder if I should have started my journey in women’s bodybuilding, I feel like the timing right now, it’s right.It’s right. This time it’s right. What better way to come back to the Ms. Olympia, than when they’re redeveloping the landscape of the division.

Andrea Shaw certainly made the 2020 Ms. Olympia all the more interesting with her win at the Rising Phoenix. It is going to be interesting to see how that momentum carries her forward when she takes the stage again next weekend.