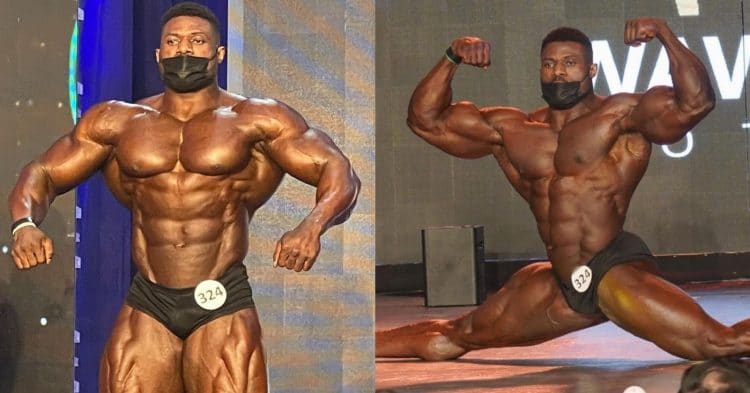 Social media star Andrew Jacked won his Pro Card just a few short weeks ago. However he made a quick turnaround to make his pro debut, and he has his eyes set on a move to the ranks of the IFBB Pro League soon.

When Jacked competed in his first bodybuilding show, fans knew that they were in store for something special. He competed in the EBBF Ajman Bodybuilding and Physique Competition, where he came in first to earn his Pro Card in the IFBB Elite Pro League.

All things considered, Andrew looked as good as one could expect, given what we had seen of his physique thus far. He had been working with Larry Wheels and others, and that hard work paid off.

However Andrew Jacked wanted to waste no time before competing again, making his pro debut. So he decided to make a quick turnaround to compete just a week later, according to a post to his Instagram.

In the post, he explains that he was able to win this show, getting his first pro victory. Although he said that his physique was not at its best compared to the previous competition, he seemed to look just as stunning, if not better.

Moving on to the very Big One. Stay tuned
Yesszzziirrr!!!”

Now, as great as it is to see Jacked competing in the IFBB Elite Pro League, this still leaves a lot of fans unsatisfied. The consensus is that the best bodybuilders in the world compete in the IFBB Pro League, which is a separate organization.

The good news is, for the people who want to see him in the IFBB Pro League, he could be headed that way soon  According to a DM he sent to Nick from Nick’s Strength and Power, he is looking to compete in the NPC/IFBB Pro League sometime in the next few months.

If he does end up making the move to the NPC or IFBB Pro League, and earn Pro status, Andrew Jacked will be a strong addition to the ranks of the Men’s Open. He brings an interesting package that could provide challenges for some other athletes in the division.

How do you think Andrew would do if he earned his IFBB Pro League Card?