Looking back on the promising career of IFBB Pro Jason Huh, who suddenly disappeared into retirement at an early age 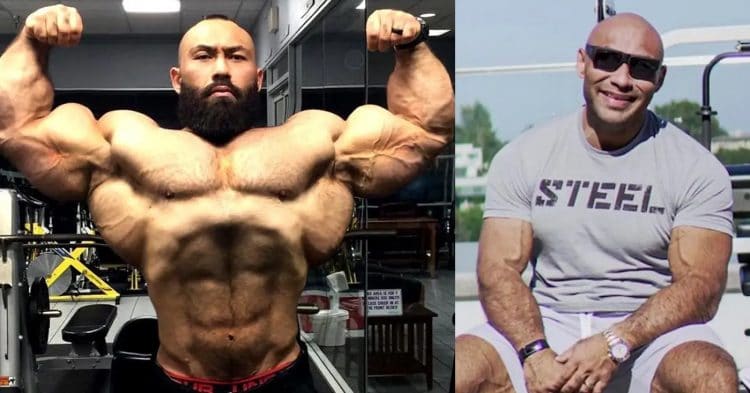 There was a time where Jason Huh was looked at and considered one of the most promising bodybuilding talents in the world. However he shockingly retired, fading from the limelight and disappearing from competition.

So what happened to him? Today we take a look back on the career of this promising athlete, and why he chose to step away from the sport before his potential was reached.

Having earned his IFBB Pro Card at the age of just 26, Jason Huh looked to be the real deal from an early age. He had the physique and the genetics that made people ponder his potential as a threat to the Olympia throne.

He won the NPC National Championships in 2010 to earn that Pro status, a show that has propelled some of the sport’s best over the years. This, combined with his massive 300lb offseason physique, and 260lb competition weight made him a serious force to be reckoned with from the start.

With dreams of one day contesting for the Olympia throne, Huh was being touted as a future star in the Open division. Them for some reason that nobody quite understood, he stopped competing in 2012, just two years after turning Pro.

Downsizing From A Mass Monster

As the years ticked by and Jason Huh did not compete, fans started to notice a bit of a change in his physique. He was no longer the gigantic, freak bodybuilder that he was when he was first making waves.

To be clear, he is still in tremendous shape, and you can tell that he is regularly in the gym. However it is plain to see that Jason has clearly done some downsizing to his physique, no longer walking around anywhere near the 300lb that he was in his competition days.

So What Happened To Jason Huh?

That is not to say that he lost his love for bodybuilding, or for the fitness industry. In fact, this is still a major passion for him, as he works as a trainer and has his own supplement company.

Huh just realized pretty early on as a pro that if he wanted to reach the levels of success that a Mr. Olympia winner has, it requires an insane amount of sacrifice. This was the type of sacrifice that he did not want to have to make.

On top of that Jason also made the decision to walk away from the sport because of concerns of his longterm health. He knew as well as anyone that bodybuilding at a high level, and keeping himself as a mass monster is not conduce to one’s health the older they get.

“TO THOSE ASKING WHY NOT COMPETE AGAIN?? The year after I turned Pro I had babies lol and realized a much more important calling. Being not only a father but a dad,” Huh wrote on Instagram.

“I don’t care what anyone says, you can’t successfully compete on the Olympia stage without sacrificing time with family. Why continue to destroy my body and take away from my children? For a trophy and maybe some sponsors and surely a damaged body?

Pro bodybuilding isn’t all that it is cracked up to be and definitely isn’t what it once was back in the day when it was on ESPN. To me at this point in my life it’s no longer worth it. Granted it absolutely served a purpose and I learned so much about myself in terms of my mental and physical abilities,” Huh continued.

“I regret absolutely nothing and I know I wouldn’t have exactly what i have in my life today including my kids if it wasn’t for the paths i have chosen along with ever grain of rice and ever rep I went through.. My family and babies are more important so I set aside my competitive dreams to dive into them rather than into myself.

“Bodybuilding is a very very selfish sport. I look at my kids as though they actually saved me from myself. My own little guardian angels if you will along with some others I was close with that have passed in the sport..”

Looking back on the career of Jason Huh, one can not help but ponder on what could have been, had he kept competing. On the other hand, upon hearing his reasoning for walking away from the sport, nobody can blame him for retiring.

Nowadays, he spends his time as a dedicated father and husband, as well as an entrepreneur and businessman. Frankly, if that’s good enough for him, who are we to complain?