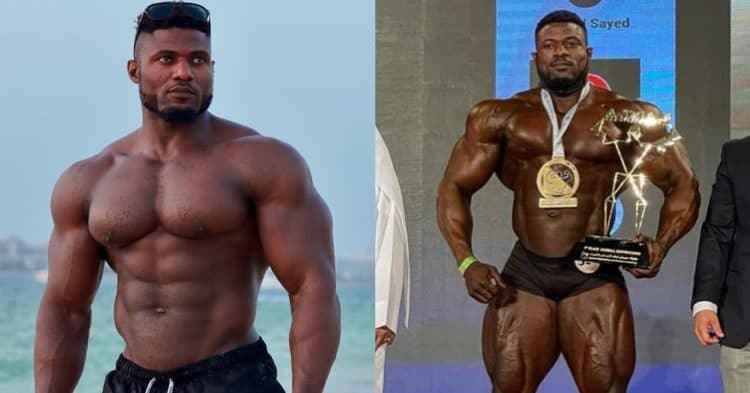 Fans have been awaiting the day that Andrew Jacked would make his long awaited bodybuilding debut. That moment came over the weekend, and he left the competition as a professional bodybuilder.

For someone who had never competed before, it is insane to see the type of fan following and excitement that Jacked had for his amateur debut. The fitness model has nearly a quarter-million followers on Instagram and most of those fans were intrigued to see what he could offer on the competitive stage.

Although there was much anticipation to see how he would do, Andrew was in no rush to compete on stage. He had spent several years working up the physique that he felt would be worthy of competing, and after all of that hard work, he finally felt ready to make his amateur debut.

That moment came when Andrew Jacked decided to compete in the first-ever Emirates Bodybuilding Federation (EBBF) Ajman Bodybuilding and Physique Competition. This event took place on April 2nd and 3rd, at the Ajman Hotel in the United Arab Emirates and was reported to have around 200 competitors participating.

In the end, as a post to Instagram shows, Andrew was able to win the event in his division. This scored him a pro card for the IFBB Elite Pro, turning him from amateur to pro in just a single show.

As a reminder, the IFBB Pro League is a seperate entity from the IFBB Pro Elite. Therefore, while Andrew Jacked has scored himself the honors of being called a pro bodybuilder, and earned a Pro Card under the latter organization, he will not be eligible to compete at the Olympia or any other IFBB Pro show, unless he earns the Pro Card there as well.

Regardless of that, it is hard to deny the impressive physique that he possess, and the package that he brings to the stage. If he ever decides to make that switch, it wold be fascinating to see him compete with some of the other top bodybuilders in the world.

Just before this contest, Jacked gave a final physique update, to check in one last time before he made the walk. Here, he gave his measurements and they are something to behold for sure, especially with the size of his waist.

There is undoubtedly a lot to like about the physique of Andrew Jacked, and it was good to finally see him step on stage, thus earning his Pro Card. You would be hard pressed to find a bodybuilder who already had this type of following before even competing for the first time.

It is unclear if he plans on trying to score pro status in the IFBB Pro League. However if he does, he would be a great addition to the ranks, and a force to be reckoned with on stage.