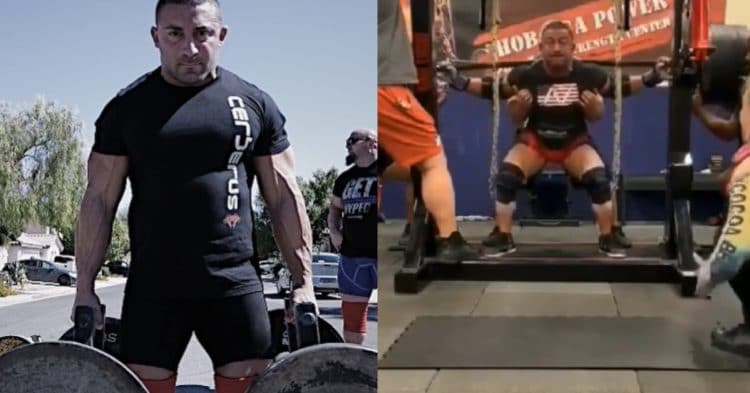 Anthony Hobaica has been looking quite impressive in the leadup to the XPC Powerlifting Meet. This was most evident with an insane squat recently, which was nearly four and a half times his bodyweight.

Hobaica has proven to be an extremely talented athlete in the world of powerlifting. Having competed since 2010, he has absolutely dominated the 181lb division. Moreover, he has dabbled in the 198lb class, where he competed in his last meet, scoring 4th in the Boss of Bosses 6 meet.

However, Hobaica is looking to make his return to his regular weight of 181lb, when he competes at the upcoming XPC Powerlifting meet, which goes down March 7th. Part of the Arnold Sports Festival, this contest displays some of the best athletes in the world, meeting to compete in Columbus, Ohio. Anthony looks to score his third win in the contest.

Ahead of the big event, Hobaica has been putting in some serious work. Perhaps the peak of these epic lifts came in a recent video to his Instagram. Here, he squats a whopping 800lb, which is 4.4x his bodyweight. Impressive as that is, this becomes more mind-boggling when you realize this is an unofficial all-time world record for Raw Squats in the 181lb weight class.

Check out the incredible performance:

Not only would Anthony Hobaica crush the current world record of 793.6lb, but he does not plan on stopping here. According to his coach, Don Holcomb, this is their planned 2nd lift at the XPC meet. Furthermore, they are eyeing a goal of 850lb, by the time of the Kern US Open in April.

This is a goal that Hobaica and his team have been working diligently towards for a while now. Here he is, hitting a 755lb double just a few days prior. The progress he is showing makes it seem likely that he can attain his spring goals.

However, before Anthony Hobaica can start celebrating, he must first hit this lift in competition. Regardless, it seems like a foregone conclusion that he should be able to do so, considering how he looks in prep.

Brad Castleberry Opens Up On If He Is Natural