Brad Castleberry Opens Up On If He Is Natural

Infamous Brad Castleberry gives us a glimps into his world 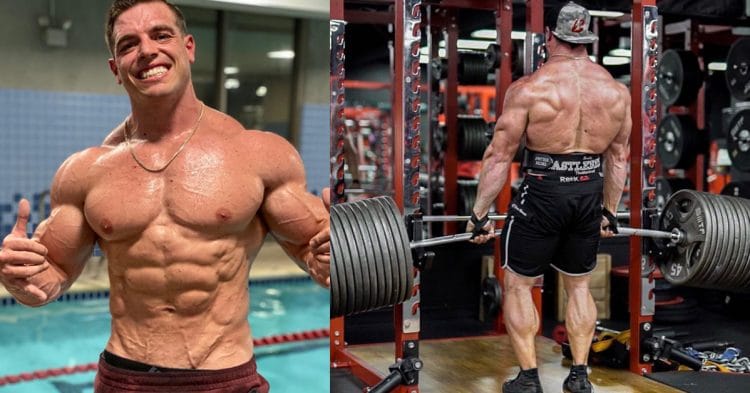 In a shocking twist of events, Brad Castleberry says he is, in fact, natural.  Brad had a video sit-down recently with Generation Iron and a first clip promises that Brad will be asked the hard questions and that he will be giving direct answers.

Something like this does happen, as Brad does get asked is he or isn’t he natural? Brad, of course, goes on a long rant claiming that he is a lifetime natural athlete.

I, myself,  am a bit on the edge regarding this. I really don’t like Brad Castleberry or what he represents and brings to the modern-day fitness community. I have made several articles explaining why he is either a liar or just horrible at lifting weights and when the full video gets released I will probably be making another one.

With that being said, I have no real problem with Brad potentially being natural. He is a scam artist of the highest scale, that much is true, but he’s been lifting weights consistently for (according to Castleberry himself) 22 years. He did compete in bodybuilding and powerlifting at an amateur level and he hasn’t been gaining any weight during the years.  Which would bring me, a common man, to assume that he may actually be telling the truth.

However, the flip side of this coin is that this is Brad Castleberry we are talking about. He has consistently misled his fans into believing he is superhumanly strong and capable of achieving record-breaking sports feats. As I have already said in the article, he is the face of everything that is wrong with the modern-day fitness industry. So believing anything he says at face value is a very poor choice. Also, just because he didn’t gain any significant muscle size over the years, doesn’t mean he doesn’t (or at least at one point did) take diuretics or something to help him stay lean and strong year-round.

Besides, ask yourself the following. How many fitness influencers and gurus do you know that are actually willing to admit to using performance enhancers?  Just because Castleberry says that his performance is all hard work and dedication with zero chemical enhancements, doesn’t mean it is actually true.