Antoine Vaillant Shows Off His Ripped Physique In Recent Set Of Updates, While Praising His Coach 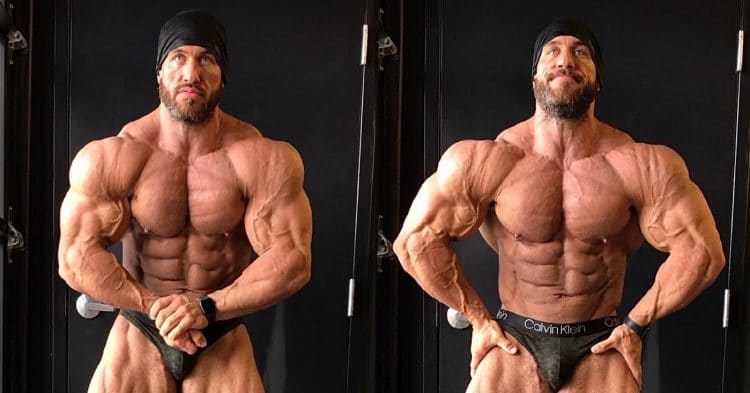 The last several months have seen Canadian bodybuilder Antoine Vaillant slimming down a lot. Now he shows off his physique in a recent update, and he is looking super shredded.

After a gnarly bicep injury kept him sidelined for much of 2019, Vaillant was looking to get back to action at the Arnold South America. He was hopeful to regain some of the momentum he got in 2018, when he landed in fourth place at the Toronto Pro. However his return would be delayed again, this time due to the global health crisis, which led to the show he was planning to return at getting canceled. It was a masive disappointment, especially considering how he was looking preparing for the event. He had slimmed down a lot compared to where he was while recovering from his injury, and was ready to make an impression in his return.

As it turns out, this may have been a blessing in disguise for Antoine Vaillant. Recently he took to his Instagram to share some updates of his physique, and he is looking way more shredded than he was a few months ago. Not only that, but he took the opportunity to offer big praises to his coach, Dorian Hamilton.

“Pics taken yesterday from the check in video for my coach @dorian_hamilton … was 261 lbs that morning. Carbed up yesterday, woke up 265.8 lbs today. Another high day today minus the @fiveguys burgers and fries. I am typing this as I try to wake up to take another check in video… anybody who is trained by @dorian_hamilton knows we are lucky to have him as a coach. Some bodybuilders he is coaching also right now : @keone_prodigy @quintbeastwood @regangrimes @carlos_thomasjr_ @oliverforslin @simonducharme_ifbbpro @sdidoshak @officialrealt_ifbbpro just to name a few.”

This is certainly a very impressive looking physique from Vaillant. He showed off various poses, displaying his ripped front, with just a brief look at his back. However that does not mean he is not focusing on his back. He showed a look at this a few days earlier, doing a side-by-side comparison of how his physique looked when he was first getting back to training, and it shows how cut his back is.

Thing seem to really be amping up for Antoine Vaillant. It has been a long road for him to get back to action. However it is clear that he has not been wasting his time, and he is going to go straight back to being one of the most interesting prospects in the sport.