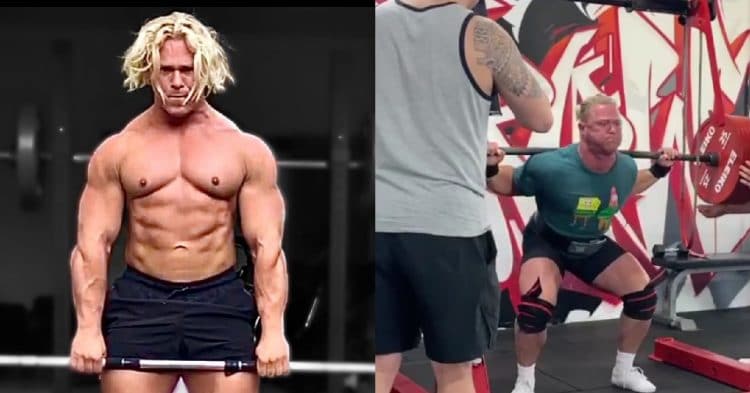 Australian powerlifter Adam Wright has made a decent name for himself in the regional circuits. However he is looking to establish himself beyond that, and he is proving to be ultra talented with some recent performances in the gym.

At 30 years old, Wright is not the most well known powerlifter, internationally. However in his home country of Australia he has earned a ton of respects, not just for his success as a powerlifter, but for his work as a strength coach. He has helped many people live up to their athletic potential, guiding them in the gym.

That being said, Adam Wright still manages to find the time to work on building his own strength. This was put on display recently with a post to his Instagram, showing one of his squat training sessions. Here, the Brisbane native takes 330kg for a ride for his final warm-up, before squatting a solid 350kg.

This was a way easier rep than you would expect from someone competing in the 110kg division. This matched his in-competition personal record, but Adam made this look way easier than he did last December. It shows how hard he has been working on improving over the last few months, ahead of his next contest.

This was especially impressive when you consider the fact that Wright has only recently started training in wraps again. His first session in the wraps came just a few days earlier, and it was just as impressive. This one saw him squatting 320kg for a triple, with each rep looking smooth.

In his sixth year competing as a powerlifter, it seems that things are finally starting to come together for Adam Wright. He has had a hot and cold start to his career. That being said, these recent training sessions are showing a steadily improving athlete, and it will be exciting to see his growth in competition.