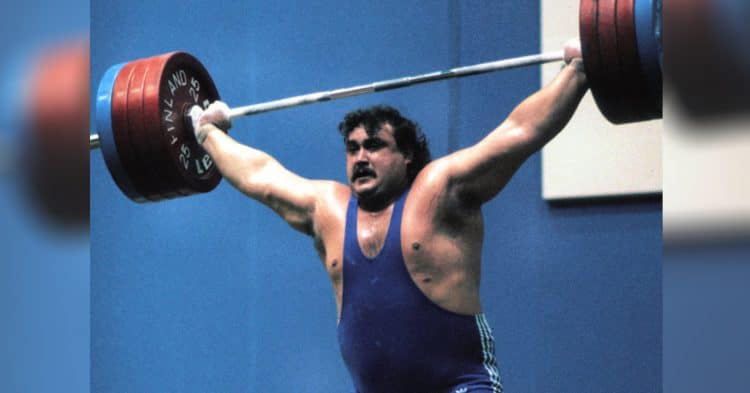 Some heartbreaking news has struck the weightlifting community, as Antonio Krastev has reportedly passed away. He was just 58 years of age.

Born October 10th, 1961, Krastev was one of the best weightlifters to ever come from Bulgaria. Not only did he win multiple World Cups in his tenure as a weightlifter, but he also qualified for the 1988 Olympic Games. However he would never be able to compete in the Olympics, as two of his teammates would fail drug tests prior to the event, resulting in the team being pulled from competition.

Unfortunately it seems that Antonio Krastev has passed away, on Thursday June 9th, 2020. According to reports, he was involved in an alcohol-related car accident while not wear his seatbelt. Apparently his vehicle ran a red light, swerved into the other lane, before rolling and leaving Antonio pinned underneath it, resulting in his loss of life.

It is certainly unfortunate that this happened to Krastev. There can be no denying how talented he was on the platform, winning multiple World and, European Championships, and four World Cups. In addition to his 1988 qualification for the Olympics, he was also aiming to represent the United States in 1992, but could not get his U.S. citizenship in time for the Olympics.

Most notably, Antonio made his name from his world record snatch that he set in 1987. The record, which sat at 216kg, remained official until 1993, when the weight classes were restructured. However it remained the heaviest snatch ever preformed all the way until it was matched in 2016, and finally surpassed in 2017.

FitnessVolt would like to send our deepest condolences to the friends and family of Antonio Krastev. Despite the circumstances of what resulted in his passing, this is still tragic news. In his prime, he was a phenomenal weightlifting talent, and even though he never competed in the Olympics his skills remain unbelievable.