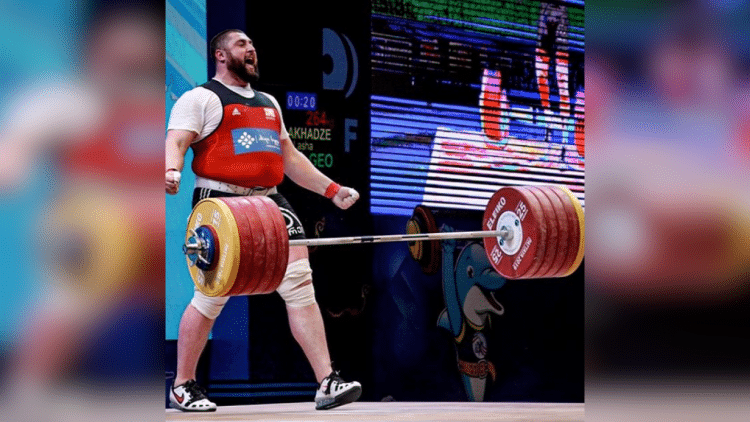 Lasha Talakhadze is one of the most powerful weightlifters the world has ever seen. He continued that trend over the weekend, by breaking three world records like it was nothing!

Talakhadze took to the 2019 IWF World Weightlifting Championships over the weekend as someone to watch. Almost every time he takes to the weights, he seems to improve and further impress those watching. He is constantly pushing the limits of what his body can do, and he is truly one of the best super heavyweights in the world.

None of that changed after the event finished, either. In fact, Lasha Talakhadze became even more legendary when he broke three world records. Moreover, one of the new records he set was in the total lift, where he amassed a staggering 484kg/1062lb!

This is his results from the entire competition:

These are some incredible numbers from Lasha Talakhadze. It all started with the 220kg snatch, which he was able to hit on his third attempt.

This set a new world record in the +109kg division, but this was not a new number for Talakhadze. In 2017 he hit the same mark at the IWF World Championships.

Subsequently Talakhadze would move on to the clean and jerk. Heading into it, he knew that he had to lift at least 259kg to break the all time world record total.

However he would go above and beyond that number, shattering the previous record. He managed to hit the 264kg clean and jerk on his third attempt, extending his own world record by 4kg.

This is simply an unbelievable job, in what was essentially a perfect showing from the Georgian. Moreover, he continues to cement his place firmly as the strongest weightlifter in the world today.