Updates For The Arnold Sports Festivals In Ohio And Australia 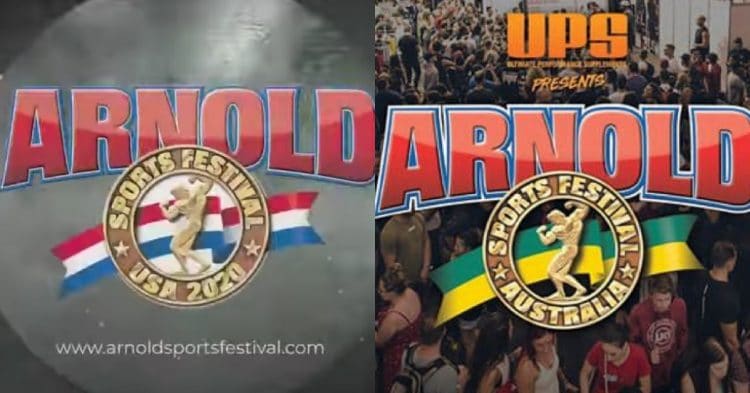 Details are still emerging, as to what fans can expect from the Arnold Classic Ohio, this weekend. That, as well as updates on the Arnold Australia have begun to be revealed.

Fans of the Arnold Classic, and the Arnold Sports Festival were expecting to attend the event this weekend, in Columbus, Ohio. However those dreams came crashing down, as it was revealed that there would be serious changes to the event, due to concerns about the coronavirus. Not only will the expo be canceled, but fans will be unable to attend the competitions throughout the weekend. Moreover, 20 athletes who come from affected regions of the world have been ruled ineligible to compete.

Following these revelations, there have been plenty of questions about what to expect for the Arnold Sports Festival moving forward. Now more information has been given, regarding the events of the weekend. According to a release from Mike Davies, the Arnold Classic Amateur show is currently expected to continue this morning. Although there is still a chance of cancelation.

As for the pro competitions, those seem to be going ahead as planned. According to a statement from IFBB Pro League President Jim Manion, every other bodybuilding event is expected to move forward. This is good news for fans, as the only event over the weekend to allow spectators is the Arnold Classic Finals, on Saturday.

So what about other Arnold events?

Well, as of right now, it appears that other Arnold Classic events will not be affected by the same concerns about coronavirus. In particular, it is confirmed that the Arnold Classic Australia is proceeding as planned. Tony Doherty took to Instagram to verify as much.

So there you have it. As of now, this is the expectations for this weekend’s Arnold Classic, as well as the event in Australia. It is important to remember that as inconvenient as this may be, it is truly the best thing for everyone involved. Stay tuned to FitnessVolt for any more updates as the weekend unfolds.