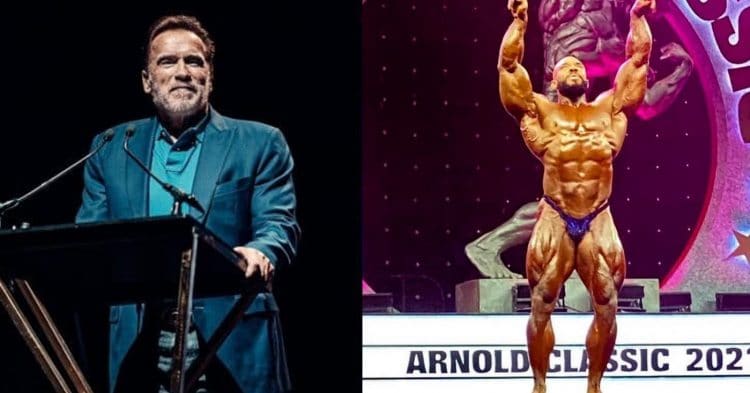 For years, Arnold Schwarzenegger has discussed various aspects of today’s generation of bodybuilders, that he does not care for. However the biggest of these might very well be when it comes to posing.

Posing has been a topic that is being discussed at length lately, and was even a subject of controversy at the Arnold Classic. This is a contest that is supposed to put more of an emphasis on posing when it comes to how judges determine a winner, but some did not feel that was the case this year.

One reason for this focus at this contest, is because of Schwarzenegger himself, who has gone on record numerous times to discuss how much he feels like posing gets overlooked in today’s version of the sport. Speaking at the contest, he explained that he does not feel like Open bodybuilding puts enough attention into posing, and that even those who do try to pose are not very good.

“I just feel like they don’t want to pose long enough, and then when they hold the pose long enough, they start shaking. Like, what the hell is going on? Why are you shaking? Are you afraid onstage or something like that? Or maybe you didn’t practice enough, well then that’s terrible. Because you can’t be champion if you don’t practice enough, the posing. It should be easy.

“That’s why some of the guys, that I understand, that I don’t don’t like, so many of the guys are grinding their teeth when they pose. Why do they have to do the most muscular pose and (grind their teeth)? Why? Why are you trying to be threatening with your teeth? What is that about?” Arnold Schwarzenegger added.

Schwarzenegger then brought up the likes of Steve Reeves, Jack Delinger, and Clancy Ross, who were classic bodybuilders that he feels were good at posing while keeping their faces relaxed. He explained that this is the type of thing that he would love to see in the sport today.

Last week a golden era bodybuilder by the name of Leon Brown had passed away. Leon and Arnold Schwarzenegger did some training together back in the day, and he reacted to the passing of his old acquaintance while speaking in this same sit-down.

Here he opened up about how shy and quiet Leon was, but how impressive he was when he competed. He reflected on their time training together.

“It breaks my heart, it really does, because he was such a wonderful man. So shy, quiet, he never spoke. And Franco would always say to him always ‘Leon,’ he says ‘What,’ (Franco) says ‘Shut up.’ And Leon didn’t talk for an hour, he was sitting in the back seat, and Franco would, just to lighten up the atmosphere, just say something like that to say something funny,” Arnold said.

“We would go up to the Muscle Rock together in California, and we would do posing practices, and it was just wonderful going to the beach and working out and traveling around. He came every year to the Arnold Classic with his wonderful wife. So then to hear a few months ago that he had cancer, and then to find out today that he passed away, that’s just terrible. My thoughts are with his family and I really, really will miss Leon Brown. He was a wonderful, wonderful man and great bodybuilding champion.”

What do you make of these comments from Arnold Schwarzenegger, about the state of posing in today’s bodybuilding? Does he have a point, or is it just a case of him not understanding the way the sport has changed?