The bodybuilding icon pays tribute to his friend and training partner Franco Columbu who would have been 80 years. 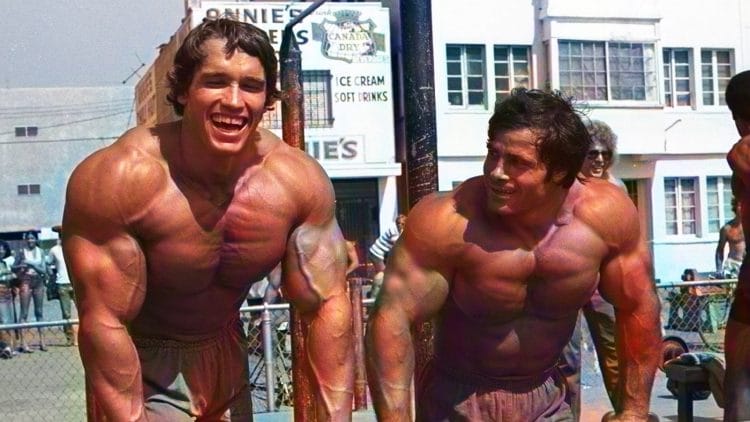 The bodybuilding community lost a legend of the sport in Franco Columbu back in August 2019. Arnold Schwarzenegger was especially heartbroken to have lost his best friend and training partner; the two were inseparable.

The Sardinian legend would have turned 80 years old yesterday, August 7, 2021, and Schwarzenegger sent out a Tweet in honor of his incredible life.

“Franco would have been 80 today. He was everything to me – best friend, training partner, chess partner. I miss him dearly.”

Columbu died after having a heart attack and drowning while swimming off the coast of San Teodoro, Sardinia.

News of his death shocked the bodybuilding community and it was a sad day for many. But you could imagine how devastating it was for Schwarzenegger, who knew Columbu for over five decades.

I love you Franco. I will always remember the joy you brought to my life, the advices you gave me, and the twinkle in your eye that never disappeared. You were my best friend. https://t.co/X3GhZKlgAd

They literally did everything together, especially during their prior years; the true definition of best friends forever. Columbu was even the best man at Schwarzenegger’s wedding when he married Maria Shriver.

The former California governor and action film star shared the following emotional message to his Facebook in 2019, after hearing the news.

You’ve heard me say that I don’t like when people call me a self-made man.

You’ve even heard me say that you’re part of the reason I could never accept that label.

But I wanted you to know why.

From the minute we met in Munich, you were my partner in crime. We pushed each other, we competed with each other, and we laughed at every moment along the way.

When I finally got to America, I was alone. I’d left my family, my country, my whole life behind. So when I asked Joe Weider to bring you to train with me, it was because I knew I wasn’t the same without my best friend. I could thrive without money, without my parents, but I couldn’t thrive without you.

I am devastated today. But I am also so, so grateful for the 54 years of friendship and joy we shared. The pumps, the chess games, the construction work, the meals, the pranks, the life lessons – we did it all together. We grew and we learned and we loved. My life was more fun, more colorful, and more complete because of you.

I will always miss you. But I’ll also know that a part of you lives on in me, in Debbie, in Maria, and in the millions of people you inspired every day you lived. And I will be there for Maria and Debbie, so you can rest now with no worries.

I love you Franco. I will always remember the joy you brought to my life, the advices you gave me, and the twinkle in your eye that never disappeared. You were my best friend.

Franco Columbu was multi-talented, excelling in everything he did from bodybuilding to Strongman, boxing, and you name it. His most notable achievement was earning the highest award in bodybuilding, the Olympia, in 1976 and 1981. But he also took fifth in the inaugural World’s Strongest Man contest in 1977.

Columbu is considered to be one of the strongest men to ever live, and, the fact he was 5’5″ and out lifted much larger men was just insane. His accolades make him an all-around icon in the world of performance.

The IFBB Hall of Fame Inductee also had a career in film, appearing several times in the 1977 movie Pumping Iron, starring Arnold Schwarzenegger. His other film credits include roles in Conan The Barbarian (1982), Running Man (1987), and Terminator (1984), all of which Schwarzenegger played the lead role.

Franco Columbu will always be remembered for his amazing contributions to bodybuilding and strength sports. He was a once-in-a-lifetime talent that was loved by many for his kind nature and enthusiasm for life.

As one of the most successful bodybuilders to ever grace the stage, Arnold Schwarzenegger is a man of many talents....