Athlean-X trainer Does One Bicep Curl Variation For 30 Days! 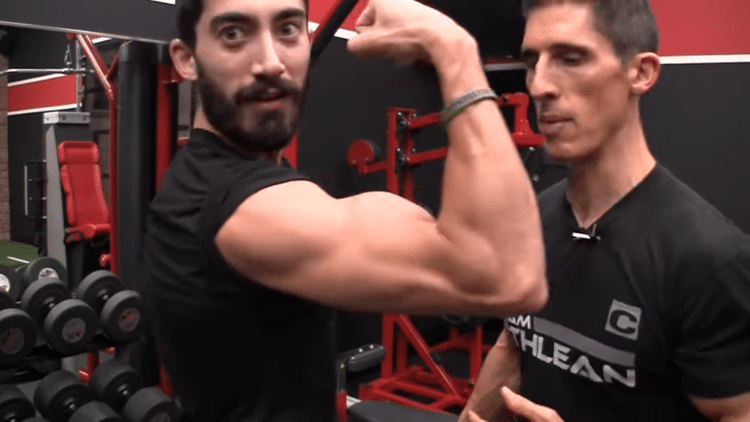 There are plenty of bicep curl variations that you can try. However, there is one, in particular, that produced some impressive results for a popular fitness trainer who most of us know as Jesse from Athlean X, which is one of the most popular fitness channels on YouTube, run by the ultra-popular Jeff Cavaliere, MSPT CSCS.

Jesse is in charge of Media Production and Content Management for Athlean X although he appears in many of Cavaliere’s videos. And it’s safe to say that he has a lot of experience doing some interesting fitness challenges, including a recent one, known as the “Baby Shark” routine. Subsequently, this set him up with some shredded abs.

However, this time around, Jesse is looking to focus more on his arms, hence the reason for the recent video upload to the Athlean X channel, where we learned the details about the special biceps exercise called the waiter’s curl; which he performed frequently (but not every day) during the 30-day challenge. Jesse also did not do any other dumbbell or barbell bicep movements, although he did perform chin-ups and rows.

Now, the waiter’s curl is a variation of bicep curl, which uses grip manipulation to do the majority of the work. And it involves holding the top of the weight with both hands, while it faces upward. Following this, you adjust the position of your wrists as you raise it, making sure the top is level. As a result, you put a ton of tension on your biceps, without less assistance from your forearms.

Jesse was very diligent, following this challenge, even if he did not do the bicep curls every day. Instead, he did them about two to three times per week, which equaled roughly 9-12 total sessions. Nevertheless, he still saw some big changes after those 30 days, His biceps were decently larger and much more defined.

“I wouldn’t say this is the only exercise you should do from now on, but I think it has some merit.

Especially as an effective exercise to place some tension on the biceps, and all on the biceps, in the position that they can benefit the most, especially when it comes to activating the long head of the biceps and adding more tension to the peak.”

Check out the video of the challenge:

If this video from Athlean-X is any indication for the effectiveness of the waiter’s curl bicep variation, well… we’d have to agree that it’s certainly worth adding to your routine. However, it is important to mix up your training with a variety of bicep exercises if you desire to achieve the best overall results possible.

Whatever your fitness goal is, reaching it will probably be an expensive endeavor. There is a steep cost to building...

YouTube stars Buff Dudes are no strangers when it comes to testing out new workout challenges. In a new video...

Zendaya is one of the most popular young actresses in Hollywood. Star of the hit HBO series Euphoria, she is...