Do these effective exercises instead of or in addition to the barbell deadlift! 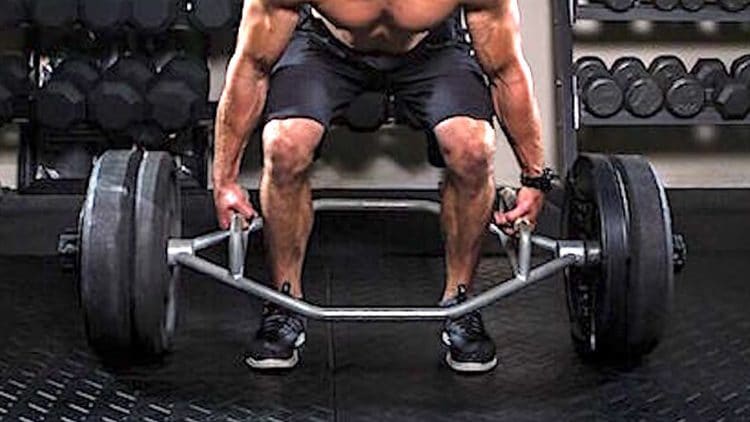 The barbell deadlift is the amazing, undisputed king of full-body exercises for building mass and strength but they’re certainly not for everyone. Some people simply don’t like them and others just cannot do them due to injury/structural limitations, etc.

But even if you choose to still include barbell deadlifts in your workouts and you just need some alternatives for training variety and muscle isolation, then the good news is you have options (and some darn good ones at that)!

The deadlift works the entire posterior chain (backside of the body) which consists of legs, core, back, shoulders, plus the biceps, and forearms. So it’s a very efficient movement for its intended purpose. But it can also be very taxing on the body as well; which is why many choose to avoid it; and that’s understandable as everyone has their own preferences.

Now, the substitute exercises we chose are still very challenging and effective, and you might even consider them to be less strenuous/easier for most people. But, maintaining a training intensity is still important for seeing results.

So, here are our picks for the best deadlift substitutes which are also beneficial for limited mobility, reducing excessive spine load, and ease of full-body training without the taxing nature of the conventional deadlift…

Note: There is actually no exercise that can offer everything that the barbell deadlift does, especially if you compete. And you may have to combine some of these movements to get a similar overall effect. And depending on your physical condition, you may or may not be able to perform some movements listed.

The trap bar deadlift is an excellent movement that you can do instead of the barbell deadlift simply because there isn’t as much load placed on the spine.

You’re not having to bend forward during the movement and the weight is closer to your center of mass which means you can also maintain an upright posture during the entire movement.

Now, if doing the conventional barbell deadlift properly, you shouldn’t have an issue when it comes to the risk of injury and dangerous pressure being placed on the spine.

But the trap bar variation is a good substitute in general, nonetheless.

Here’s a full guide on the trap bar deadlift.

2- Barbell Rack Pull Below The Knee

Now, the reason why this version is preferred is because it encourages you to maintain scapular retraction throughout the movement. And a conventional rack pull above the knee often involves the lifter loading up way too much weight which sets them up for serious problems.

Not being able to maintain proper scapular retraction can cause thoracic outlet syndrome. And this compressed thoracic posture under large weight loads is dangerous for nerves, arteries, and veins in this area. But the shoulder structure would be in serious trouble as well.

You must be able to remain tight and using proper weights loads will ensure you greatly reduce the risk of developing serious issues down the road. And that’s why doing this variation will encourage proper form when lifting rather than doing a movement that would be too tempting to load up on excessive weight.

Instead of doing a rack pull above the knee, drop your range of motion down to below the knee instead. So, rather than starting with the loaded barbell on the ground. Start from a rack so the bar is below the knee and perform the exercise exactly as you would a deadlift.

Check out this very informative video from Jeff Cavaliere (Athlean X) MSPT, CSCS; where he explains why this version is much better for you.

The Sumo deadlift benefits the lifter similar to how the trap bar deadlift does. You’re lifting a little closer to your center of gravity which can alleviate some of the spine load from a bent-over position. And this movement pattern allows you to maintain a mostly upright posture and a retracted scapula.

So, it’s an awesome alternative that you should consider for similar benefits to the barbell deadlift.

Here are 4 amazing benefits of the Sumo deadlift. 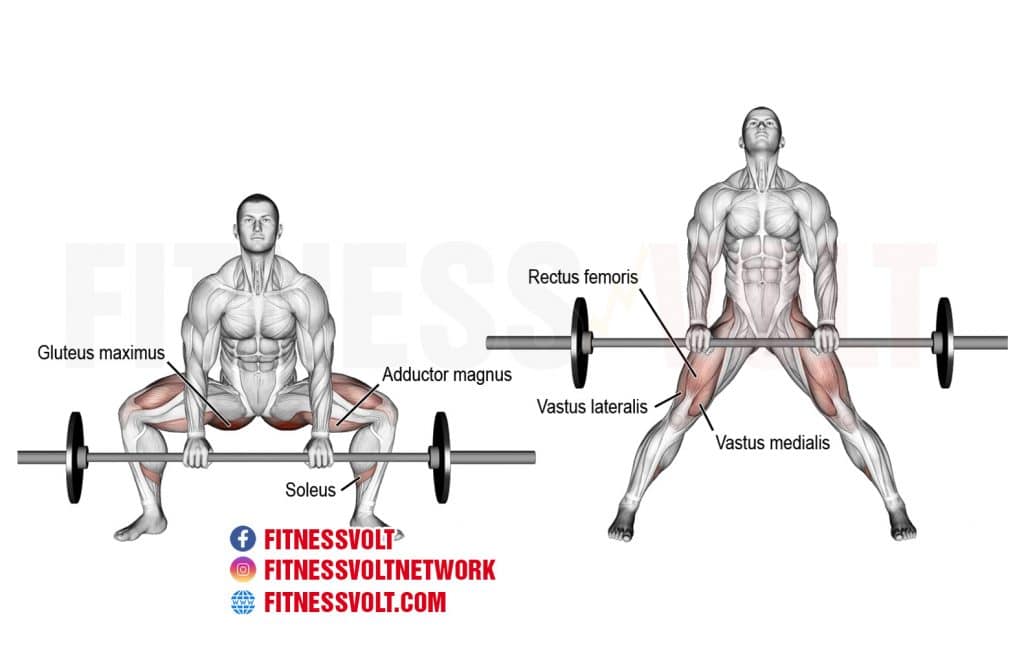 The Bulgarian split squat is a phenomenal exercise that improves unilateral function since you’re training one leg at a time. And unilateral training is a must for improving coordination, core stability, and activities that require athletic performance. (2)

But, the Bulgarian split squat is also an amazing movement for making huge leg gains while avoiding the same spine load caused by a barbell deadlift if proper form is adhered to.

Now, this exercise may not work all muscles to the same extent as the barbell deadlift but it’s just as amazing for the leg development potential if training effectively and implementing progressive overload. 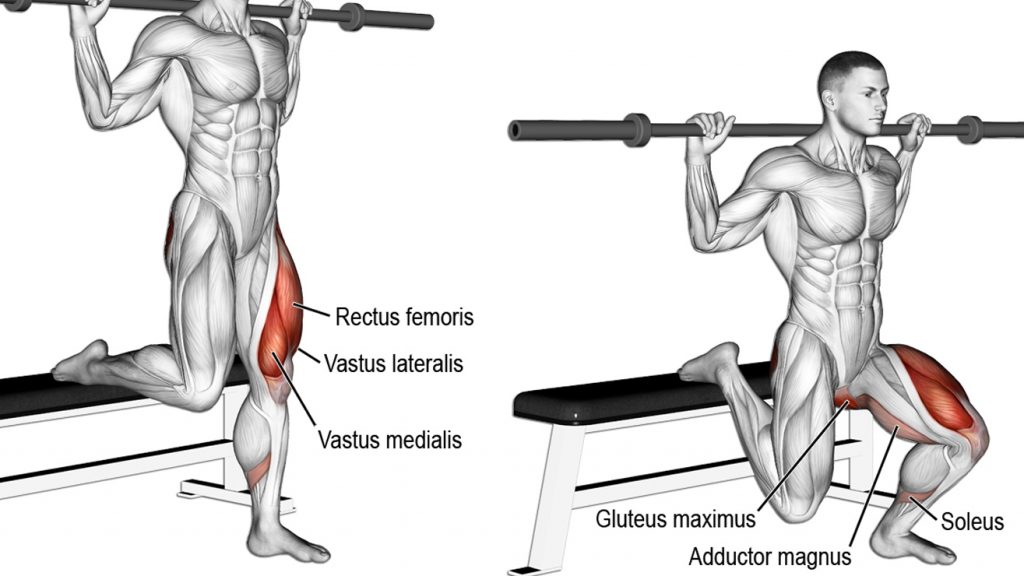 Here’s a video where Jeff Cavaliere explains why the Bulgarian split squat is the single greatest leg exercise and how to ensure you’re doing it properly.

Reverse hyperextensions are effective when performed correctly and they’ll work your entire posterior chain like the deadlift (although to a lesser degree of course).

Now, just because the name of the exercise is “hyperextension,” doesn’t mean you should hyperextend your lower back. During a reverse hyperextension and a regular back hyperextension; your body should always end up in a neutral position for your safety.

Note: Click on the link here for examples of alternatives if you do not have access to a reverse hyperextension machine. 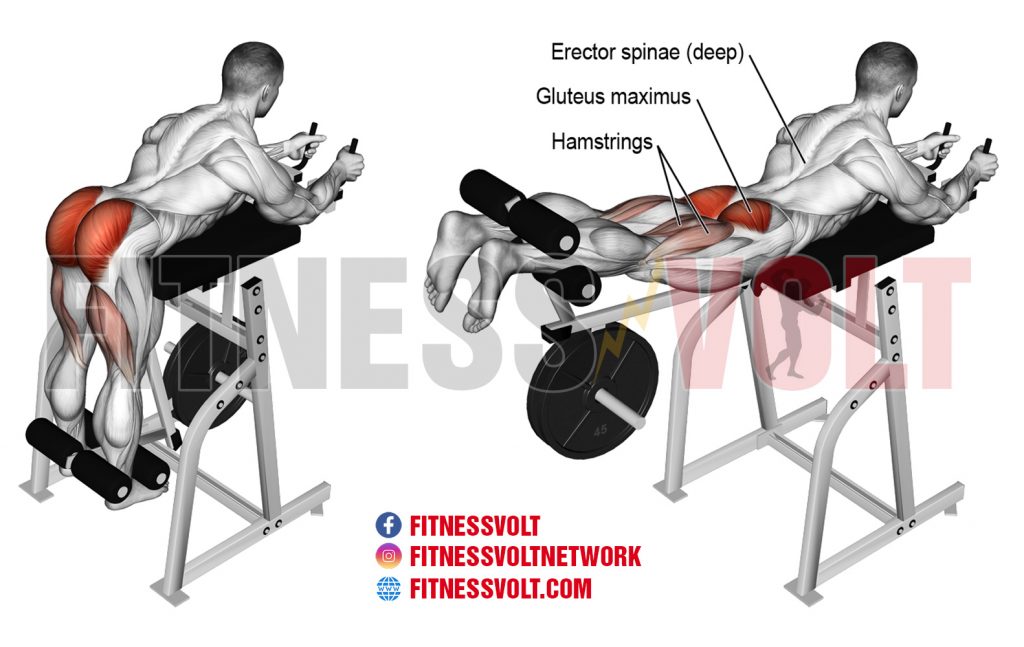 The Glute ham raise is another amazing posterior chain exercise but it really hammers the glutes and hamstrings like the name implies.

In fact, one study found the glute-ham raise to be a superior hamstring exercise for maximum development. (3)

But along with effective hamstring activation, the entire posterior chain is highly involved in this movement; although, not to the same extent as the barbell deadlift.

Check out our “4 reasons why you should be doing Glute Ham Raises”.

These are viable substitutes for the barbell deadlift as far as them working the same muscles that a deadlift would (although not necessarily together). They target the posterior chain muscles for strength and muscle-building benefits but performance improvement and functional benefits are also a welcomed side effect.