Elite Games competitor Bethany Shadburne found her love in CrossFit after trying out many disciplines. 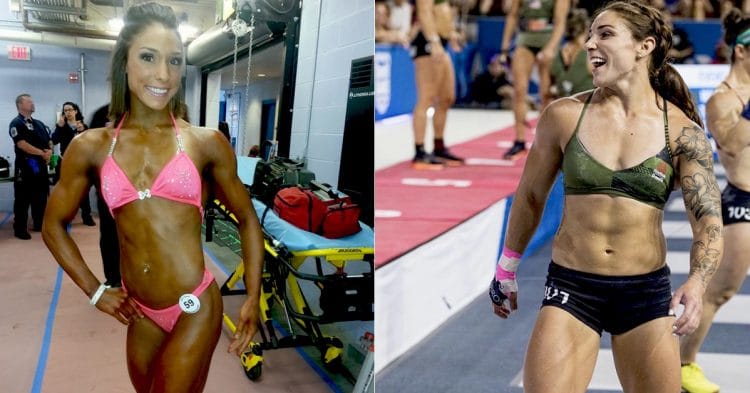 Bethany Shadburne is a top women’s CrossFit competitor who placed 9th (individual) at the 2019 CrossFit Games which was her best performance. Shadburne also finished 16th in 2018 and 22nd in 2017 so she’s no stranger to the sport.

But before she was a CrossFit athlete, Shadburne was involved in gymnastics, bodybuilding, triathlons and other similar activities. In 2015, she found her love in CrossFit by participating in local contests and in 2016 things really started to look promising for her. Then in 2017, she won two competitions, ended up top 20 in the world, and finished 22nd at the CrossFit Games.

“My athletic background/accomplishments…..8 years gymnastics, 3 year’s bodybuilding, 4 triathlons, multiple half marathons, a handful of obstacle course races. I started Crossfit in 2015 doing local competitions. In 2016 I got on board with Black Magic Training created by Jared Astle and Jenn Jones (Astle) which helped me accelerate my Crossfit career by allowing me to win the Rx division at Wodapalooza in 2017, 4th place at the Austin Fittest Games and 1st in the 2017 South Central Open which put me top 20 in the world and led me to regionals in 2017 and games as a “double rookie” placing 22nd .

In 2018 I went on to get 5th at wodapalooza 5th at regionals and 16th at the Crossfit Games At the end of the year I switched coaches to the owner of Streamline Crossfit, Austen Cochren and My boyfriend Joe Suarez and placed 7th at the Dubai championship. Aside from my fitness background and accomplishments, I want to be remembered for always smiling, being humble and being a positive influence on people.”