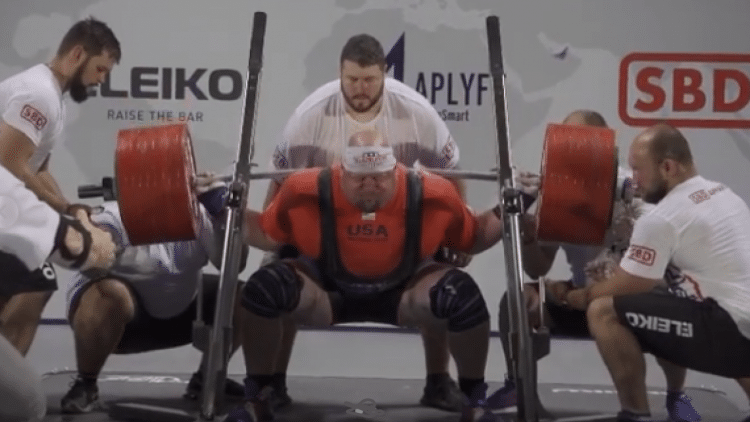 Blaine Sumner had an awesome showing at the IPF World Powerlifting Championships. This all culminated with one of the craziest deadlifts you will ever see.

Sumner is one of the most powerful and explosive athletes in the world today. Even when he was pursuing a football career, his work in the gym got him the most attention. Therefore it came as no surprise when he chose to shift his attention to powerlifting, when those dreams fell flat.

This decision turned out to be a great one for Sumner, as he has had some real success as a powerlifter. He has accomplished a ton, including winning the IPF World Powerlifting Championships, as well as the USAPL Raw National Championships. Moreover he holds some pretty serious records, which he has earned along the way.

One such record held by Blaine Sumner came at this year’s IPF World Powerlifting Championships. Here, he was able to get gold for the second time. In addition to that, in the process of winning, he scored a new world record total lift of 2,811lb.

Part of that record came from Sumner hitting an unbelievably massive squat. He posted a video to his Instagram recently, showing the incredible 1,091lb squat. He looks excellent when doing it, too!

“My squats from the IPF Powerlifting World Championships in Dubai including the 1,091 lb. squat that led to the World Record total of 2,811 lbs.”

The two videos show both squat attempts from Sumner, and they are honestly both impressive. Nevertheless, to set the new record total, with such a massive lift, made quite the statement. It clearly shows that Blaine is one of the best, most well-rounded powerlifters in the world. Not only that, but it seems he just keeps on getting better.

What did you think of this ridiculous squat from Blaine Sumner?