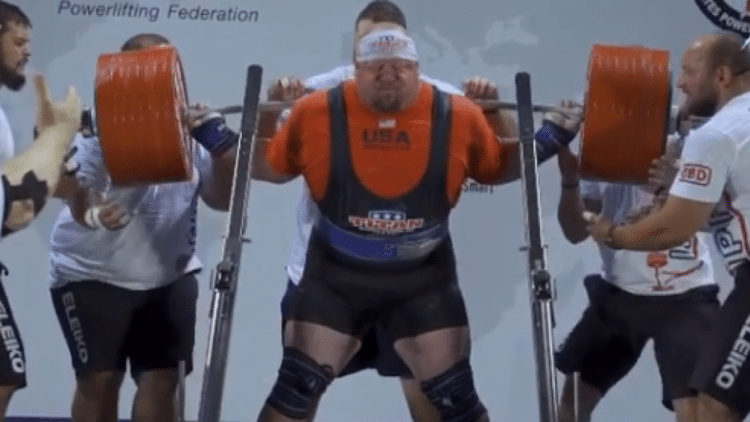 Blaine Sumner is without a doubt, one of the most impressive powerlifters in the world today. He expanded on that further, with a big performance over the weekend.

Sumner competed at the IPF World Open Championships, in Dubai UAE. This is among the biggest powerlifting meets in the world. Therefore, Blaine had been training hard in the lead up to the event. As a result, he took the platform well prepared, and that was clearly shown.

He posted video of his showing, along with a lengthy message, to Instagram

Too many people to thank but I am also extremely grateful for @usapl_ms for the additional game day coaching and handling. I am not a fun or easy person to be around during competition. All my co-workers for the support and handling things so I can get away for events with minimal stress. And finally everyone that has ever supported me or cheered for me! Thank you all!-“

This is a bewildering showing from Sumner. It is incredible to think that every time he steps on the platform, he continues getting better. He continues to further his lifts everywhere, but in particular his bench. Subsequently, he continues to extend his record for total lift, as a byproduct.

Blaine Sumner never ceases to amaze and impress viewers at every single powerlifting meet he appear at.

82-yo Powerlifter Willie Murphy Beats Up Intruder Breaking Into Home