Blessing Awodibu Plans To ‘Shock The World’ With His Pro Debut: ‘Everybody’s Going To Hate The Boogeyman’

Ahead of his long awaited pro debut at the New York Pro, Blessing Awodibu reveals his plans for competing in 2021, and already having a ton of haters 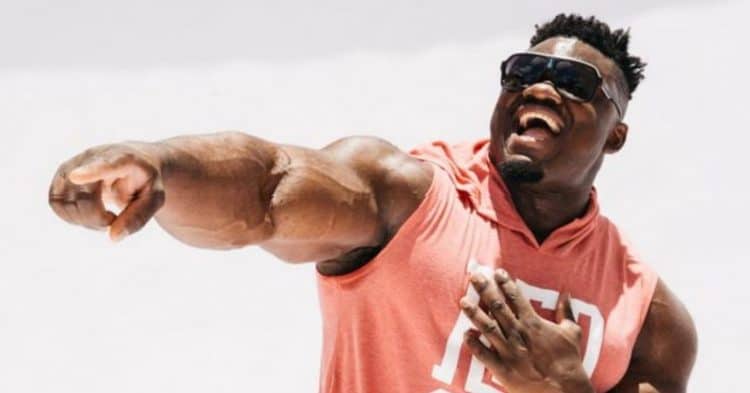 Few bodybuilders get the type of attention that Blessing Awodibu has before their pro debuts. Now, as he preps to take the stage at the New York Pro, he breaks down his plans for 2021, and responds to all his haters.

Without a doubt, there is no other pro debut in recent memory that is as highly anticipated at Awodibu’s, on May 15th. This is largely due to the fact that he has not competed in four years, since earning his IFBB Pro Card.

In part, he chose to take his time and build his physique before his debut. Although another reason for the delay was the global pandemic, which canceled the Arnold Classic Australia last year, just before he could compete.

A “Blessing” In Disguise

As frustrated as he was at the time, Blessing Awodibu said in an interview that it was actually a good thing that his pro debut was delayed this long. It has given him the chance to work with his new coach Chad Nicholls, and build a high level physique to bring to the stage.

“To be honest, the way the coronavirus happened and I couldn’t compete, I saw it as a blessing in disguise,” Awodibu said.

“I was working with somebody that does not fit what I’ve got going on. It was never going to work, and if that was to go ahead, I would have ended up in a really, really bad place.

“I’m so glad and happy that what happened, happened, and the universe was able to move me to the right people. I  got connect to Chad through Aaron Singerman, and we just started to work.

“It just gave me time to get better… I just don’t want to jump into shows, as well. The fact that I didn’t feel ready and I just had a new coach, I wanted to get Chad to understand my body, and create that relationship, and from there, take it to a new level.”

The Future For Blessing Awodibu

Now Blessing Awodibu is set to compete at the 2021 New York Pro, but he does not plan to slow down there. He plans on competing as much as he can this year, to make up for lost time, even competing three times in May.

“When I hit that stage, I want to shock the world, man. That’s why it’s taken so long,” he said.

“I’m competing in every show in May. Every good—n show. I’m going to do them all, bro.

Chad was like ‘Maybe we should just wait for the New York Pro, and maybe it goes our way and we just call it a day and wait for the Olympia.’

I was like ‘No Chad, four years man. I didn’t compete for four years. So if I’m going to compete now, I’m going to do multiple show. Especially now, with the fact that shows are in the same month. Two weeks, a week in between? Let’s do them all, bro.”

Not only does he plan on competing in all three of those shows, but Blessing is intent on winning each of them as well. If successful, that would be one of the most legendary pro career starts of all time.

With someone that has as big of a social media following as Blessing Awodibu, it is no surprise that he has a handful of haters sprinkled in there as well. Yet this is not something that he actually minds all that much.

In fact, Blessing thinks these people feel the way they do because they are jealous of him for having a great physique, and personality. He says this especially rings true when talking about other bodybuilders.

“You don’t believe it, but there’s a lot of haters out there. I think a lot of it is jealousy,” Awodibu explained.

How do you think Blessing Awodibu is going to do as a pro bodybuilder? Is he deserving of all the hype?