Chad Nicholls Says Big Ramy Will Be Even Bigger In 2021

2020 Mr. Olympia winner Big Ramy's coach, Chad Nicholls breaks down their performance this year, and details his changes planned for next year 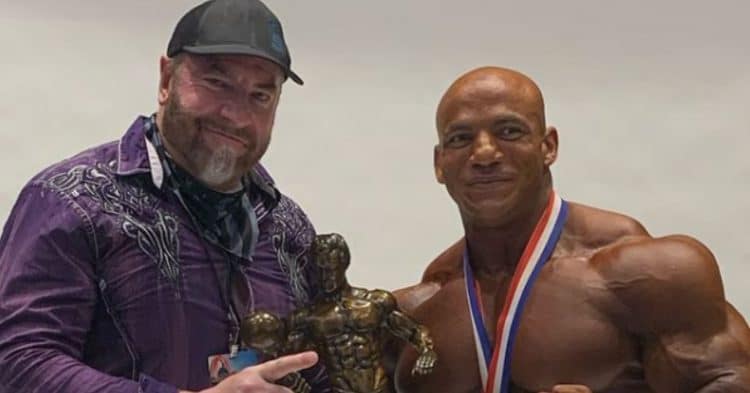 The 2020 Mr. Olympia saw Big Ramy finally reach the expectations that fans thought of him, winning the contest. Now his coach, Chad Nicholls reveals what was different this year, and how they plan on improving more next year.

Fans of Ramy know that he has always been one of the best and most naturally gifted bodybuilders in the world, but he had never quite put it together onstage. That all changed after he started working with Nicholls, as the work that they did, along with Dennis James, in the lead-up to the 2020 Olympia truly paid off. He finally ascended to the level that his fans knew he could, beating three former Olympia champs to win the contest.

That being said, it was not an easy road for Big Ramy, as Chad Nicholls will tell you. Speaking in a recent interview, the coach explained how things were different this year, and what they did to reach the goal of making Ramy look better than he ever has. He said that they had to stay on Ramy for his diet, to make sure that he was not eating too much, but that the Egyptian had a chip on shoulder heading into this year, which led to this win.

“He wanted to prove to everybody that he was worthy of it,” Nicholls explained. “The one thing that was a constant was ‘Oh it’s going to be the same old Ramy,’ and I think he wanted to just put that to rest.

“There were a couple of points where he was wiped, like he had never been that deep in the dive,” Nicholls continued. “There was points, where I could tell he just felt like utter s–t, and so there’s other people, part of his team that are like ‘He’s not doing very good,’ and I’m like ‘He’s fine, he’s just never been here before.'”

One of the biggest surprises from Big Ramy this year, was how improved his conditioning was. He is always going to be a massive guy, but this year he had it toned down a bit and looked decently lean. Chad Nicholls says that for next year, they plan on improving some of the areas that he was lacking and maybe be a bit bigger next year, but he knows that it is important to not take things too far.

“Obviously the outcome we’re happy with,” Nicholls explained. “But I think when you look at the overall picture of what needs to happen with him, we need to improve on his lower lats, we need to improve on his quad details, I want to see him higher up into the hips. Just make minor adjustments, I want to waist where it’s at, keep it nice and flat, maybe a little bit upper chest, just fine tuning things and just keep pushing that conditioning to that level because obviously now that they’ve seen that, that’s what they expect and we just got to keep improving that.

“I think that he’ll probably come in a little bit heavier, just because he’ll have an overall longer, more structured off-season,” Nicholls added. “So the gameplan, I get to add a little bit of new tissue in those lower lat areas and improve those areas. But we’re not looking at coming in 310lb, he was 290lb and I can see him coming in at maybe 295lb, something like that.”

It is going to be interesting to see if Chad Nicholls can continue helping Big Ramy achieve success next year. He looked better than ever this year, and if he can keep improving it seems like he has the potential for a long reign as champion.