After being hospitalized for nearly two weeks, bodybuilder Hossein Sheybani has passed away 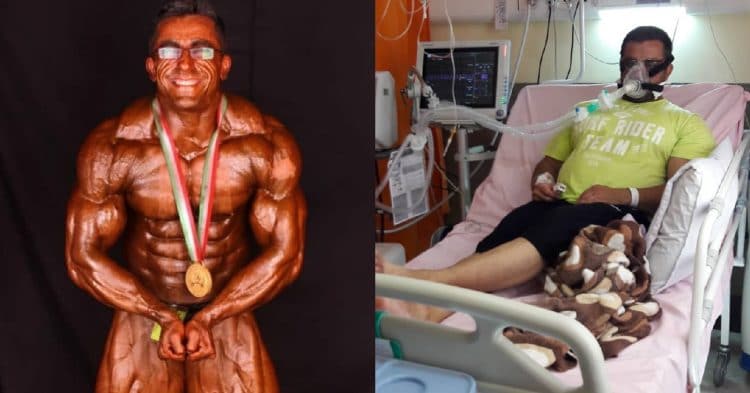 The bodybuilding world is in a state of mourning yet again, as another brother in iron has fallen. This time, it is Iranian athlete Hossein Sheybani who has passed away, after a lengthy battle with COVID-19.

Sheybani was a bodybuilder with limited experience but one who competed in one of the most prestigious stages that an amateur bodybuilder can appear on. He participated in the 2015 Arnold Amateur Europe, coming in first in three categories, including an Overall Masters win.

Unfortunately, Hossein seems to have passed away, following a battle with COVID-19, that left him hospitalized for two weeks. He tragically succumbed to the virus that has been ravaging the globe for a year and a half, passing away in the hospital after leaving some final messages to his fans and family on social media.

In the days leading to his passing, Hossein Sheybani was clearly struggling with his health. He posted a few messages to social media as things were taking a turn for the worst.

Just days before his passing, he posted a lengthy message to his Instagram page, seemingly knowing that the end was near. The post was in Persian, so the translation left a few questions instead of answers, but he apologized to his friends and family for the situation he was in, sharing a photo of him in a hospital bed with a breathing machine on his face.

“Dear friends
Because
Thank you very much for your humble servant” Sheybani wrote (translated with Google).

“I do not know with what words and sentences you deserve your kindness
Thank you gentlemen
.
If you called and my humble servant, I would not answer
Carrying disrespect to you is not noble
Forgive me for being short
The only reason is that my blood oxygen drops sharply as I speak
.
I hope you forgive me
I love you
I love you
Be together like a mountain
From yourself, your family, your friends and fellow citizens, and finally
Support the entire Iranian people
Nothing will preserve this land like unity and empathy
.
I touch your tectonics
And I die for the pride of Iran”

Fitness Volt would like to offer our sincerest condolences to his friends and family in this difficult time.