Brandon Curry looks ready to regain his throne, with improved legs in a recent physique update 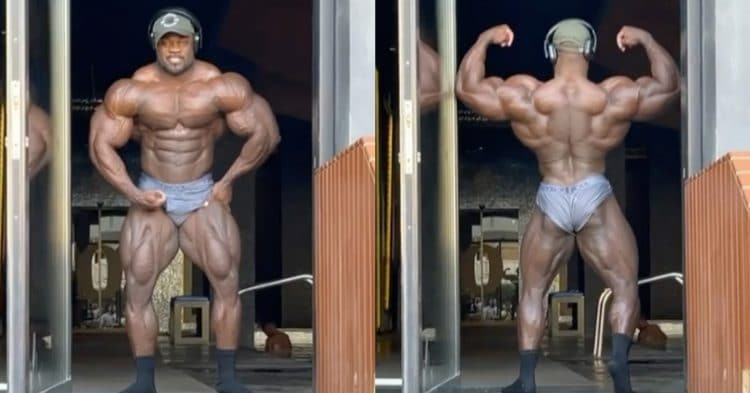 Things did not go according to plan for Brandon Curry at the 2020 Mr. Olympia. However a recent update from the former champ shows him ready to put up a fight and take his title back from Big Ramy in October.

Heading into the 2020 Olympia, Curry was the reigning and defending champion. As much as he was confident in his ability to retain his title, Big Ramy shocked the bodybuilding world with his near flawless package to win the show.

Heading into this year’s Olympia, Brandon is hungrier than ever to regain his title. Judging by the way he looked in a physique update that his coach posted to Instagram, it appears that he has been making the adjustments so that he could properly contend with Big Ramy this year, and potentially get his throne back.

“If there is winter , We are rain 🌧 🤣” Curry’s coach, Abdullah Alotaibi captioned.

It is clear from this less than a minute long clip, that Brandon has been working hard in the gym to prepare for the 2021 Mr. Olympia, and to regain his place as the best in the world. In particular, he looks to have been making massive improvements on his legs, which were an obvious weak point when standing next to the mountainous legs of the reigning champ.

It was also humourous to see Brandon Curry’s coach poke fun at Ramy’s now infamous play on the Game of Thrones quote. Before his first place showing last year, the Egyptian warned fans and fellow competitors that “winter is coming,” but Alotaibi says they will be raining on Ramy’s parade when they face off again, in Florida this October.

Brandon is not often one to post a ton of physique updates, even with his regularly uploaded training videos. However he has been grinding at Oxygen Gym in Dubai, and the results are clear with this physique update posted by his coach, 8 weeks out from that Olympia.

Time will tell if these adjustments are going to be enough for Brandon Curry to get his title back at the 2021 Mr. Olympia, but it is certainly impossible to deny that he is giving it his all for this contest. He has discussed at length the changes that he feels he needs to make to his package this year, revolving mostly around adding mass, and it would seem that he is doing that in the right ways, two months out from the show.