Kai Greene is one of the most recognizable bodybuilders in the world. In this article, we reveal some of his workouts and training methods. 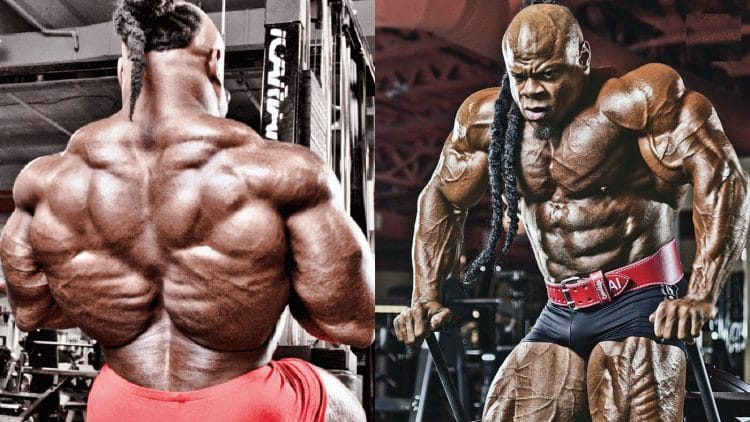 With his trademark hair and phenomenal physique, bodybuilder Kai Greene is one of the most well-known modern-era bodybuilders. While he has never won the IFBB Mr. Olympia, he’s come in second on three occasions and has won the Arnold Classic three times – 2009, 2010, and 2016.

A pro since 2005, Kai Greene, aka the Predator and Mr. Getting It Done, is currently on a break from competitive bodybuilding but continues to hint that a comeback may be on the cards.

While Greene may not be actively competing at the moment, recent photos and videos show he’s still in great shape and is clearly training as hard as ever. However, acting, art, CrossFit, and his motivational fitness podcast commitments, combined with being in his mid-40s, may mean that we will never see him on the Olympia stage again, although we can hope!

In this article, we reveal some of the workouts used by Kai Greene to build his contest-winning physique.

The first thing to clear up is that, like most successful bodybuilders, Kai Greene uses various workouts and splits to build his physique. Like every intelligent lifter, he’s constantly on the lookout for new training methods and is continually reviewing his progress and fine-tuning his workouts to get the results he wants. His workouts will also vary depending on whether he’s building up to a show or it’s the off-season.

Subsequently, there is no OFFICIAL Kai Greene workout that he uses all the time. Like the man himself, his workouts change and evolve.

That said, many of Kai Greene’s workouts are built around a five-day training split, which means he works out five days a week and takes two days for rest and recovery.

One of the five-day split routines favored by Kai Greene is outlined below:

Each workout involves three to five exercises to work the target muscles from a variety of angles. He also favors a high-volume approach to training, doing numerous sets of each exercise. Most muscle groups are trained once a week, while a couple get two workouts per training cycle.

Unlike some bodybuilders, Greene doesn’t really do heavy weights and low reps. Instead, he prefers moderate weights and medium to high reps. This approach allows him to really work on the mind-muscle connection, focusing on how the muscle feels as he’s training it.

Sticking with the same workout for too long is a great way to bring your progress to a crashing halt. Given how much Kai Greene’s physique has changed since he turned pro, it’s clear that the Predator is not a man who likes to stand still. He’s changed his workout dozens if not hundreds of times to sculpt his physique. That said, these are some of the workouts he’s used in the past and will probably return to in the future. 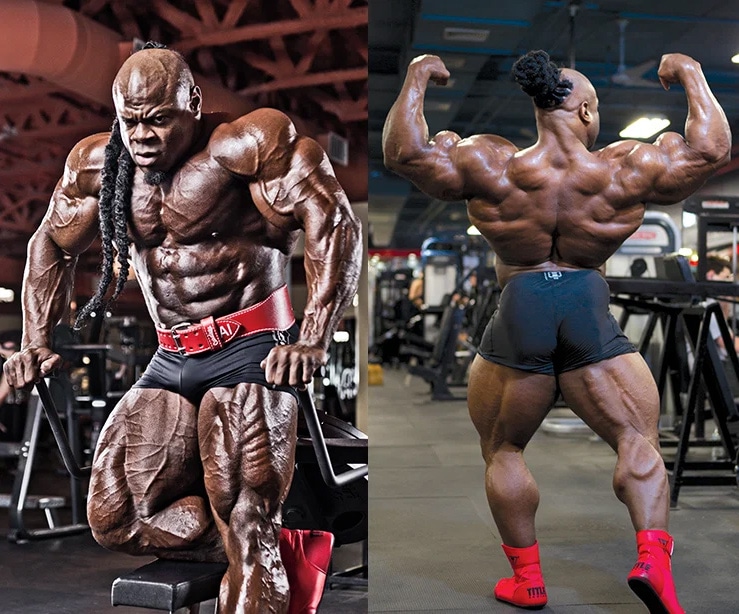 Like most bodybuilders, Kai Greene starts his chest workout with barbell bench presses. However, unlike most gym bros, he doesn’t just load up the bar with a ton of weight and crank out a couple of reps per set.

What’s also interesting is that he does as many sets for his calves as he does for his chest. This is unusual because most bodybuilders tend to train smaller muscles with less volume. 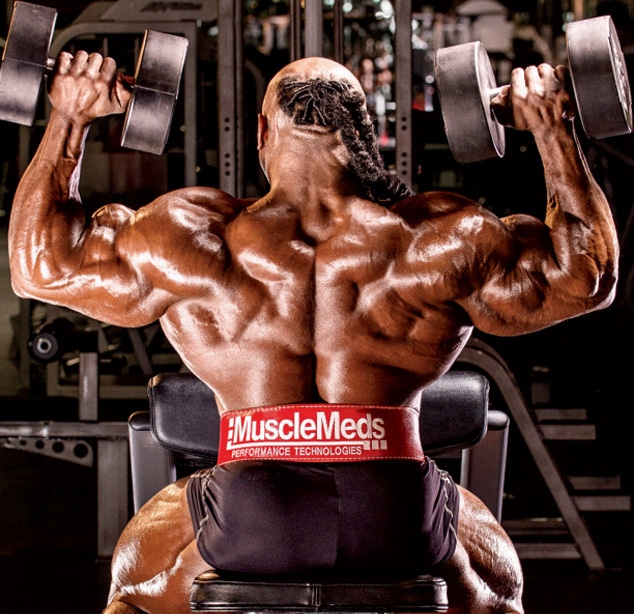 Kai Green’s shoulder and forearm workout is basic and brutal. It involves a lot of volume and hits his delts from all the available angles.

Again, moderate weights and medium to high reps are the name of the game. And, as with his chest and calf workout, the main and the secondary muscle group get a similar number of sets. 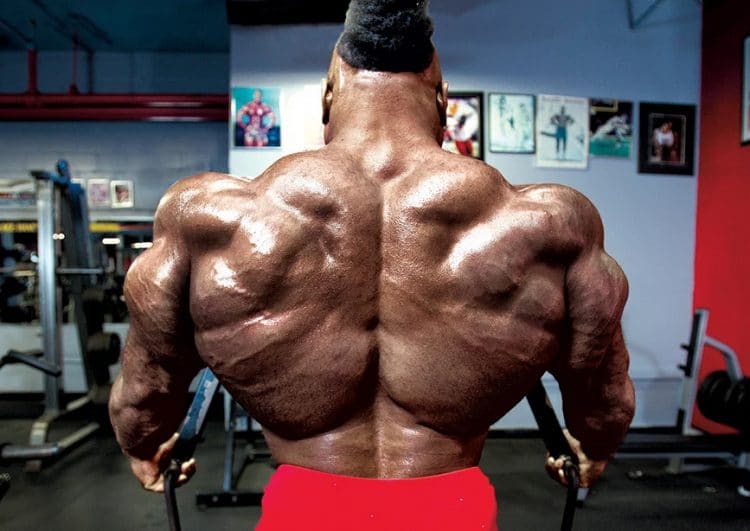 This workout is relatively short because it’s all about his back and doesn’t include any secondary muscle groups. Unusually, it starts with the isolation exercise barbell pullovers, which a lot of bodybuilders would leave until later.

However, according to Greene, starting his back workout with pullovers increases the strength of his mind-muscle connection, making the remaining exercises even more effective. 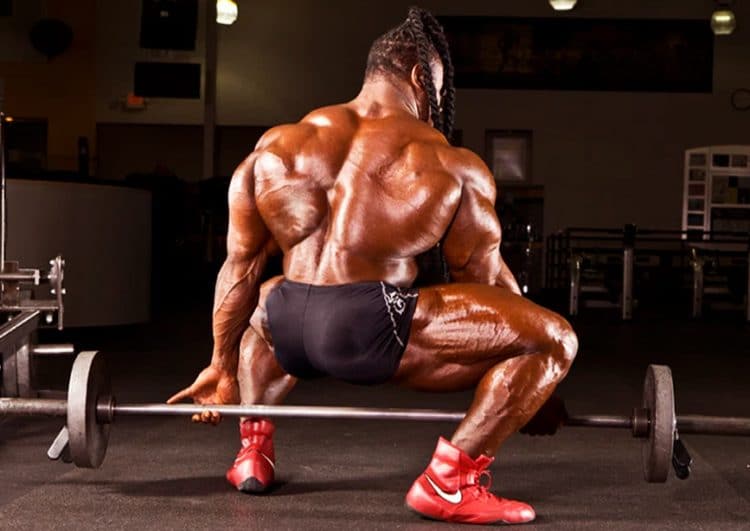 The Kai Greene leg workout works all the major lower body muscles – quads, hamstrings, glutes, and, for the second time in a week, calves. Unlike a lot of his contemporaries, Greene does not rely on the leg press, preferring squats to build his huge quads. He also does deadlifts on leg day, when a lot of other lifters deadlift on back day.

Why does Kai Greene train calves twice a week? Probably because his quads and hamstrings are so massive that he doesn’t want his lower legs to look small by comparison. 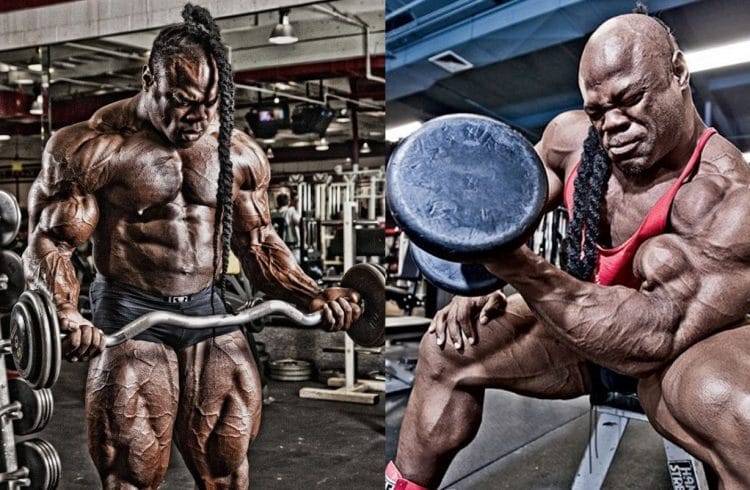 The first thing that stands out about Kai Greene’s arm workout is that it starts with a whole lot of forearm training. In fact, he trains his lower arms more than his biceps and triceps. However, while exercises like reverse curls and hammer curls are very forearm-dominant, it’s important to remember that they still work the biceps and, underneath, the brachialis.

While Kai Greene’s arm workout is a little unusual, there is no denying its effectiveness, as Greene has some of the best biceps, triceps, and forearms in bodybuilding.

The best way to describe Kai Greene’s approach to bodybuilding is “no-nonsense.” He doesn’t use complicated workouts or exotic exercises. Instead, it revolves around the basic movements and equipment that every gym-goer should be familiar with. You could probably train like Greene even if you worked out in a very basic garage gym.

In many ways, Greene’s training style is a lot like old-school bodybuilding legend Serge Nubret – it focuses more on training volume and high reps than heavy weights.

This is an excellent approach for anyone who wants to build muscle but isn’t worried about being super strong. If heavy training hurts your joints, you may also appreciate the benefits of using lighter weights for higher reps.

That said, it’s taken years for Kai Greene to build up to doing as many as 15 sets per muscle group, so it would be a mistake for most lifters to copy his workouts exactly. However, if you modify his approach by reducing the volume a little, Kai Greene’s training schedule could be ideal for intermediate bodybuilders.

Whether he competes again or not, Kai Greene is a modern-day bodybuilding superstar. His long-running rivalry with Phil Heath kept bodybuilding followers entertained for many years. He is one of the best bodybuilders never to win the Mr. Olympia, although he was often the fan’s favorite.

Unlike many pro bodybuilders, Kai Greene’s workouts are not shrouded in mystery, overly complicated, or otherwise too unrealistic for the average lifter to follow. Instead, they’re built around familiar exercises that you can do in even a poorly equipped gym.

Greene’s training does involve a lot of volume, mainly using light to moderate weights and medium to high reps. Still, it’s a proven method and a viable alternative to the heavy powerbuilding approach that other bodybuilders favor.

While Kai Greene’s training methods have clearly worked for him, that doesn’t mean they’ll work for you, but you won’t know unless you try. Use these workouts as a guide for your own training.

Bodybuilding legend Jay Cutler is one of the most prolific Men's Open competitors to reach the top of the sport....

Look at the average bodybuilding workout, and it’ll probably use the same set and rep scheme for all the exercises....