Kevin Malone continues to impress with another massive deadlift 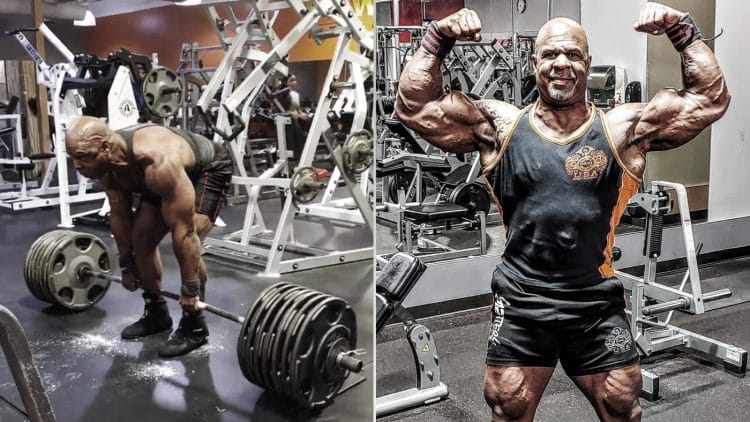 53-year-old bodybuilder Kevin Malone is not a stranger to heavy lifts. Malone is similar to powerlifter Larry Wheels in a way that both individuals are record-wrecking machines constantly striving to beat their own personal best records. Recently, Kevin Malone executed a 317.5kg (700lbs) raw deadlift in the gym and shared the video on his Instagram account.

In the video, Kevin Malone is seen deadlifting the elephantine weight in the conventional stance using a hook clip. Malone used chalk and wore a lifting belt, wrist wraps, and lifting shoes during the lift. The 53-year-old lifted the barbell off the ground smoothly. The grind was visible as soon as the bar reached the knee level. However, Malone led the weights to a slow and steady lockout before returning them to the ground.

No caption was required to highlight the monumental lift other than specifying the weight on the barbell.

Kevin Malone did not specify his body weight at the time of this deadlift so it is not possible to put its scale into perspective. However, it is hard to debate if it was at least twice his body weight. Malone has executed several deadlifts in the 700lbs range in the past and has even chartered into the 750lbs territory a few times.

Kevin Malone made his professional bodybuilding debut at the 2014 NPC Teen Collegiate and Masters Bodybuilding Championships and finished seventh overall. He returned to the same competition the following year and finished 16th overall. Following a three-year layoff, Malone returned to competition in 2018 and had a series of strong finishes including a win at the 2018 NPC Northcoast Championships.

Despite being capable of massive lifts in the 50s, Kevin Malone has never participated in sanctioned powerlifting competitions. However, that does not belittle the personal records he has achieved to shatter in the gym.