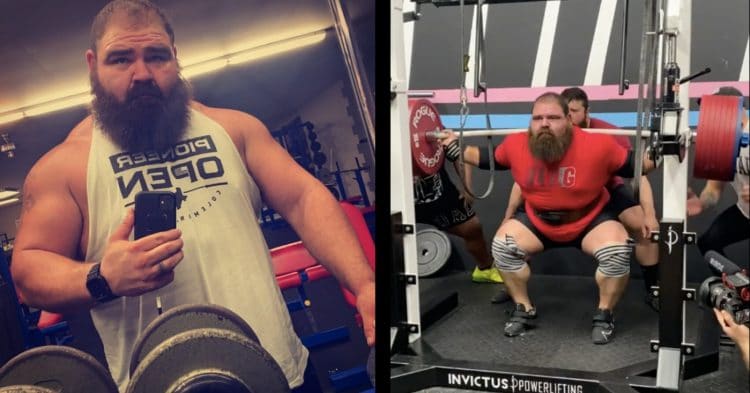 Daniel Bell broke the all-time world record for squats with wraps earlier this year. He made his return to this lift for the first time since then, and put up some pretty serious numbers.

There are few powerlifters with the skills that Bell possesses, especially when it comes to the squat. In fact, when looking at the list of world records that he holds, there is a legitimate argument to make that he is one of the strongest powerlifters in the world today.

Typically when he competes, Daniel does raw powerlifting with knee wraps, but he apparently has not squatted with wraps since April. However, as he shared with a recent post to Instagram, he returned to this style of lifting, and was able to pull off an impressive 425kg (936lb) squat in his first wrapped session in about seven months.

Daniel Bell Is The King Of Squats

This was the first time that Daniel Bell did wrapped squats since April, which happens to be when he was able to secure the new all-time world record. He did this, by squatting an improbable 505kg (1113lb), in wraps, at the 2021 Kern US Open.

So the fact that he was able to do 425kg in his first wrapped squat session since then is insane to see. Of course, considering the skill level that Daniel has, not to mention the sheer natural power, it is not all that surprising that he is still able to put up some massive numbers.

Bell is not the type of person to be posting routine updates on his social media, but when he does share training clips, they are always worth watching. The last time he shared a video of a squat session, he was hitting a 319kg (705lb) squat triple, alongside the likes of John Haack and Andy Huang, back in June.

At the time of writing, it is not clear when Daniel Bell plans to compete next, but considering the way he has performed in his last few meets, a new world record is to be expected. Whether it be with the squat, or his wrapped total, he seems to have the potential to extend the records that he already holds, whenever he competes again.