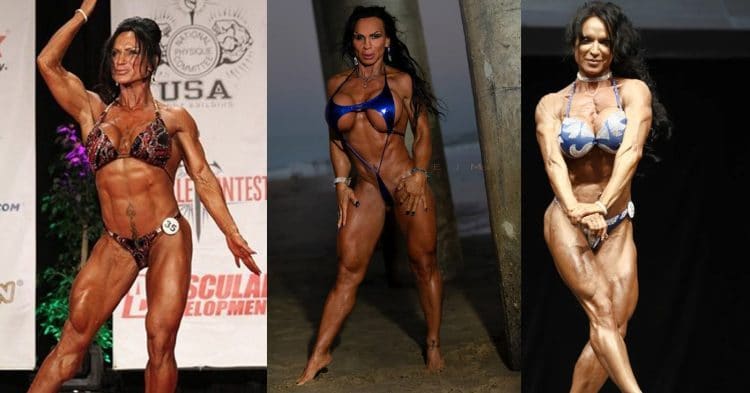 Canadian IFBB Pro Women’s Physique bodybuilder Rhonda Lee Quaresma passed away on November 26, 2021, after a three-year battle with Colon cancer. She was 52 years old. Rhonda started her professional bodybuilding career all the way back in 1989 and retired in 2016 due to health issues.

“My dearest friend of 30 years died last evening after a 3 year battle with colon cancer. She spent the last few years living in California and simply loved it, but she was as Canadian as they come. Her father was Native Canadian and her mother’s side lived in Canada for generations. She was half Ojibway and half English. The exterior of Rhonda was always shiny and I don’t think she would object to the word flamboyant, but the inside was soft, gentle, kind and intuitive.

She touched so many people with her kindness and she had this intrinsic ability to see people, really see them and she took the time to understand them. It made for a great friend. One that I am blessed to have had for so many years. RIP my sweet soul,” caption to the post read.

Following retirement from professional bodybuilding, Rhonda Lee Quaresma started her second career as a personal trainer in 2018. Rhonda was certified by the Professional Personal Trainer’s Association (PROPTA). In her final days, Rhonda Lee Quaresma lived in Los Angeles, California. She opened up about cancer on her personal YouTube channel in 2020.

Rhonda Lee Quaresma was born in Kingston, Ontario, Canada to a native Canadian father and English mother. Post-puberty weight gain and encouragement from her father led her to focus on fitness in her early years which later became her career.

Quaresma made her bodybuilding debut with a first-place finish at the 1989 Kingston Open in the lightweight division. In 1995, she won the Miss Canada title in the Canadian Nationals at Level 4. The win also secured her the pro card and marked the beginning of her professional bodybuilding career.

Rhonda Lee Quaresma made her IFBB debut at the 1998 Jan Tana Classic and finished 13th among the 28 competing women. The 2016 IFBB Pro Ferrigno Legacy marked her last competitive appearance. Following this, Rhonda announced her retirement from the sport and started pursuing a career as a personal trainer.