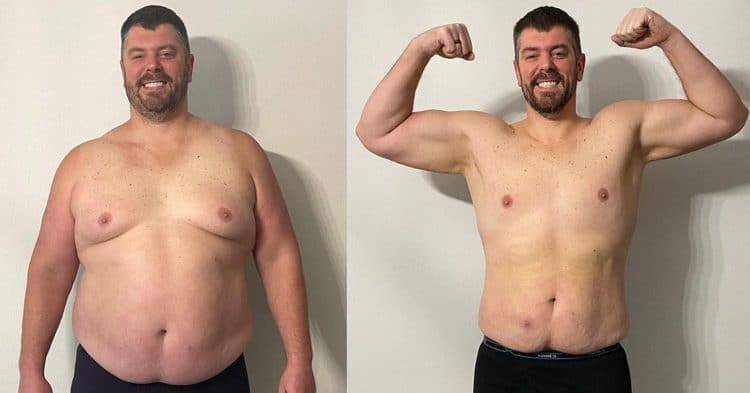 In the last four months, Randy Santel managed to lose approximately 108.4-pounds, dropping his overall weight from 393.6lbs to 285.2lbs. Undoubtedly, it’s an amazing feat of discipline and commitment. The competitive eater left no stone unturned as he approached his weight loss journey with some ambitious goals in mind.

Speaking on his own YouTube channel, Randy Santel reveals some of the key takeaways he pocketed on the heels of completing the dramatic 15-week weight loss journey.

“So each day I wanted to end at a calorie deficit, but I still knew that I had to have enough food and beverages and enough fuel to power all of the workouts and the fitness stuff that I wanted to do. Randy Santel said. Only recommended, but I still wanted to get as much fitness and exercise and physical activity in so that I can burn as many extra calories as I could, in addition to what my pretty pig body burns already.”

“Along with throwing six strikes a week, I wanted to get at least 10k steps in, each day. Tracking it through my  Garmin watch. Santel continued. And I also more importantly, as far as extra calories burned, I wanted to cycle or spin on my bike Stacy down in the dungeon at least ten hours a week and I tried to get as many extra resistance training workouts as I could along the way whenever I had time.”

Randy Santel used an innovative bowling-inspired system for setting his diet. The competitive eater and his wife Katina like to think of healthy meals as strikes and spares (in bowling). Conversely, junk food or a ‘cheat meal’, to no surprise would be the gutter ball of this diet program. Though, by far what Santel valued most was simply consistency.

“But anybody who followed along these past fifteen weeks you guys all know that I was consistent, I met both my nutrition and my fitness goals a lot more often than not, because as I said before, consistency is key, you must in order to achieve great results, you got to unlock, unleash the power of consistency and momentum. ” Santel stated.

After a ton of stationary biking and a medley of strength and conditioning exercises, it appears Santel believes weight loss starts and ends with consistency and momentum. By prioritizing diet and consistency, Randy Santel succeeded in a fast and effective weight loss journey.

What is 20:4 Intermittent Fasting? Intermittent fasting, also known as time-restricted feeding, is a type of diet where you fast...